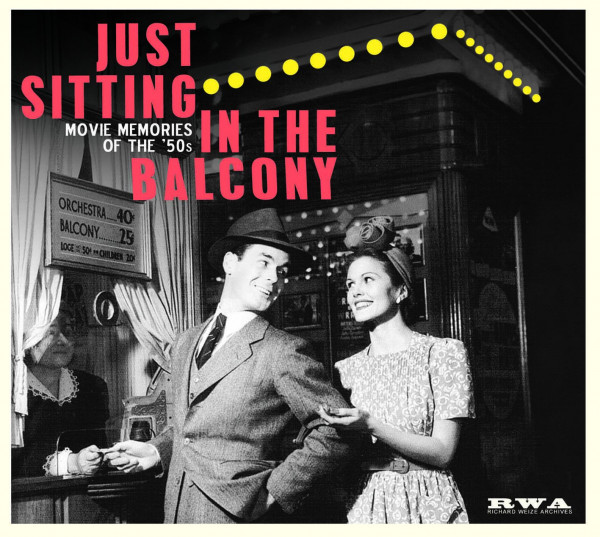 Various: Just Sitting In The Balcony - Movie Memories Of The ‘50s (CD)

Here's a musical journey back to the 1950s with a dozen themes from Hollywood's biggest blockbusters. The songs from films like 'Around The World In 80 Days'; 'High Society' (the song True Love); 'Breakfast At Tiffany's' (Moon River); and 'Love Me Tender' are accompanied by vintage movie illustrations. An unexpected treasure is the theme from an obscure prison film called 'Unchained' that sank without a trace at the time, but went on to become one of the most recorded romantic songs of all time.

Unchained Melody has been called the most memorable love song ever written. Even if you never set foot inside a cinema, you stood a pretty good chance of hearing these tunes on the radio. They come from a time when hit records – both vocal and instrumen- tal – often began life on the silver screen. We present "cover" versions of those original hits issued by BELL RECORDS in New York City, using top singers, musicians and studios.