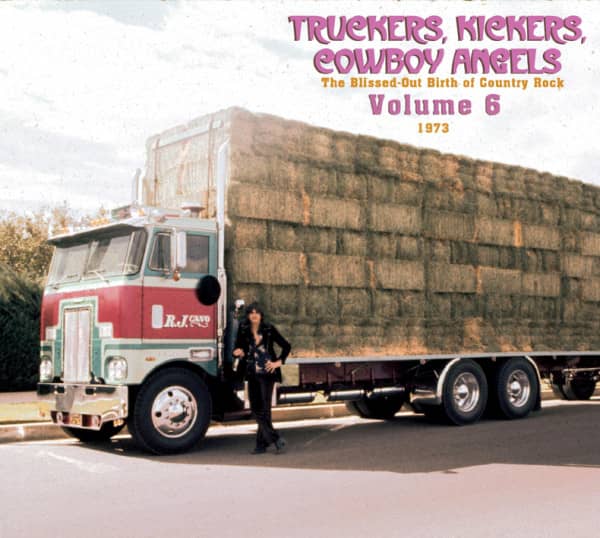 The leading edge, certainly the funkier edge, of the country rock scene was shifting from Los Angeles to Austin. In March 1973, in what was probably the first national attention paid to Austin as a music venue, Crawdaddy's Jeff Nightbyrd wrote, "Austin musicians and audiences value music as a form of expression, not as a commodity. In New York you spend two-fifty to get into a joint where it doesn't take very long to figure out they're using music to sell alcohol. In Austin you pay a buck to get in and get off." In September, 'Billboard' devoted one full page to Austin, calling out Willie Nelson as the godfather, followed by Michael Murphey (whose albums are frustratingly unavailable to us), Doug Sahm, Jerry Jeff Walker, Billy Joe Shaver, and local legend Henry Threadgill. Willie moved to Austin in January 1973, and the scene coalesced around him.

On July 4, he held his first annual picnic in nearby Dripping Springs, headlined by Waylon Jennings, Kris Kristofferson, John Prine, Doug Sahm, Tom T. Hall, Billy Joe Shaver, and - bizarrely - Charlie Rich. Somewhere between 38,000 and 40,000 people showed up in temperatures that neared 100 degrees Fahrenheit. Journalist Billy Porterfield was there: "It was miserable and it was great, one of the glorious heathen stomps between the Americas of J. Edgar Hoover, Joe McCarthy and Ronald Reagan. Many had come the evening before and spent the night passing stories and hits around campfires."

Between 1970 and '80, the Armadillo World Headquarters sat at the heart of Austin's music community. At one point, its annual beer consumption was exceeded in Texas only by the Houston Astrodome. But the Soap Creek Saloon, founded in 1973, was Austin's soul. So wrote 'Austin Chronicle' journalist Margaret Moser, and so it was. A dilapidated dive on an equally rundown section of Bee Caves Road, Soap Creek (known locally as Dope Freak) was where Doug Sahm reintroduced the world to Freddy Fender after Freddy had spent years laying low. Sahm led the de facto house band throughout the early 1970s, and lived in a rented house down the road.

The next best thing to being there is to look at the poster art from the period. Unlike the trippier west coast posters, the Soap Creek calendars were one color with their own homegrown cosmic cowboy aesthetic: armadillos and western motifs through a distorting mirror. Atlantic Records tried to tap into the scene, supposedly recording Willie Nelson's first picnic, signing Willie and Doug Sahm and trying to sign several other local acts, like Freda and the Firedogs. Sales didn't meet the expectations of Atlantic's new corporate parent. You know how that goes.

As on earlier volumes, we're reminding you once again of the vagaries of licensing a compilation like this. Some artists in addition to Michael Martin Murphey remain unavailable to us.

On January 12, 1970, 'Time' magazine placed The Band on its cover with the headline, 'The New Sound of Country Rock.' In the taxonomy of popular music, Country Rock was now a thing,a categoryby 1970.There were Country Rock browser bins in some stores, and trade magazines like 'Billboard'routinely classified records as country-rock or country/rock, expecting readers to know what they meant.