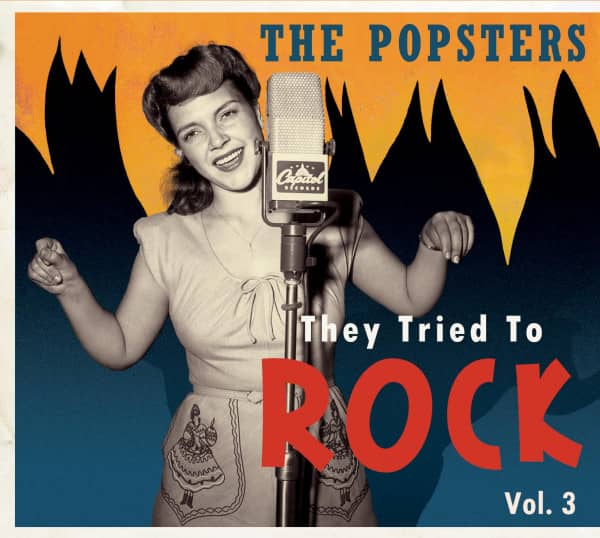 Volumes 3 and 4 follow the early struggle by Popsters, including Frank Sinatra, Doris Day, the Mills Brothers, Perry Como and Lawrence Welk, who tried to come to terms with rock 'n' roll's challenge to traditional pop music. This took place during the early to mid-1950s, before anybody knew whether it was just a fad that would blow over or something that truly threatened to revolutionize popular music.

By mid-1956, it was official: rock 'n' roll was not a fad. It was threatening to take over American popular music. You could ignore it at your own peril, and that choice might cost you your career.

The warning signs had been there for a few years. There was a new style of music that the teenage kids were drawn to. Some of it seemed primitive, but not all of it was simple. Some, but not all of it, was categorized as 'Rhythm & Blues.' Much of it was uptempo dance music but some of it was classified as ballads. One thing for sure: The records sounded different from the top songs of just two or three years earlier. The singers had a different approach, the bands behind them sounded different, even the songwriting was different. Whatever this new stuff was, it plainly couldn't be dismissed. Hard as it was to admit, this new music was the future.

Nobody in the music business wanted to be left behind. The hell with ego. It was time to capitulate. Do it or be left in the dust, watching while the world moved on.

The question for the 'major' record companies was, "What should we do about it?" And the answer depended on who 'we' was. For record company bosses and A&R men there was one obvious thing to do, something they'd been doing for years. If a song is getting popular, let's record it with one of our artists and hope that ours is the most popular version. This tradition of making 'cover records' was standard practice well before the rock 'n' roll era. Les Paul recalled rushing into the studio with Mary Ford to make a better version of Patti Page's 1950 record of Tennessee Waltz, weeks before a Capitol Records vice president suggested covering it. (Patti's record was itself a cover of Pee Wee King's country original.) In 1954 five different versions of Stranger In Paradise were Top 20 hits. Everyone knew how to make cover records, at least within the styles of music that were popular and familiar to them.

For songwriters, there was a similar but obvious choice. "If this kind of music is becoming popular, then it's what we'll learn to write. We're adaptable. We'll create songs targeted at this new teenage market." This choice contained more than a germ of arrogance. It assumed a Tin Pan Alley writer who had created successful tunes for an adult generation could suddenly shift gears and still turn out hits. Just because rock 'n' roll was 'simpler' music didn't mean it was simpler to write.

Some Popsters were equipped to adapt and did a fine job of it. Others, weren't and didn't. For the first time, BEARFAMILYhas col- lected some vintage performances by Popsters who tried their best to pass themselves off as rockers. Many of these tracks – by both the famous and the not-so-famous – have become quite rare. You'll marvel at how good some of them were. Others may draw a well-deserved snicker after all these years. But good or bad, they all remind us just how potent a force rock & roll was in the early days, and how even well-established Popsters believed they had to change to survive.

Blues & Rhythm 6/15 "I don't think any other label could make such mediocre music appear so appealing, incredible!"

This product will be released at 3 October 2022 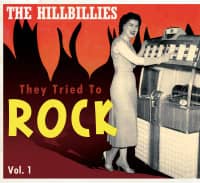 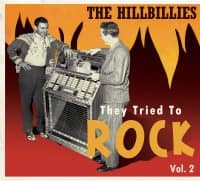 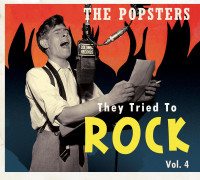