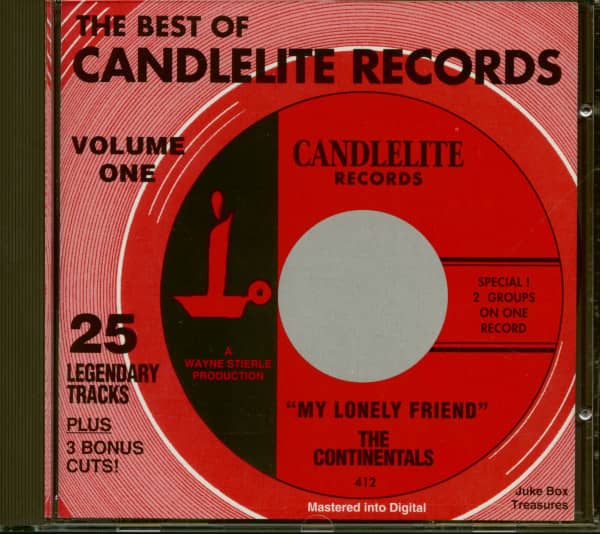 I can see it now, as if it were a few minutes ago. There we were, sitting on the long back seat in the bus heading for New York. (We called it the "New York" bus, in New Jersey.) We were carrying boxes of single records, and the boxes were called "hundred boxes", because they held 100 45's, either loose or in four individual "twen-ty-five boxes". The records cost us between 25c and 40C each, and we were going to sell them wholesale for no more than 60c tops, to various stores, among them our pri-mary outlet, Times Records and Irving "Slim" Rose.

Those records were a mind-boggling array of rarities that included red plastic Rainbow Records singles, pressed from the original stampers and using original labels. (They were 100% legit.) Today, the records we re-issued for our re-selling at around 50c, are rare and expensive collec-tors items. We re-issued many records beginning in late 1959 and early 1960, and those re-issues included a few that leaped from total obscurity, right onto the hit parade. Among the singles that became hits were "Rama Lama Ding Dong", "Baby Oh Baby", and several others, with each record having its own odd "story". (There's a book here, but I haven't written it.) But, it was the first time, and we were on the New York bus, just entering The Lincoln Tunnel, bound for glory in the true Land Of Oz.

I turned to Donn and said, ". . . this is the coolest thing I ever did. . . !" Well, I still feel that way. I used to stand in the candy store and stare into the juke box and watch the records turning around, and I would have died to be a part of that world, . . . that mys-tical world that was forever trapped in the grooves of a 45 RPM record. Naturally I thought this was "the coolest". . . . because it really was. If I could go back, I would. Donn checked his notebook, and I watched The Lincoln Tunnel go past the window. The adventure was just beginning. ("Donn" is Donn Fileti, my first partner in the record business. We had General Record Distributing as our first company, and it was not a record label. We were totally self-taught, and altho' Donn might well disagree, the fact is that I learned more from him than he learned from me.) We had no real idea of what we were doing, but we didn't let that bother us, . . . after all, we were still in High School. (...from the linernotes)

Tracklist
Various - The Best Of Candlelite Records Vol.1 (CD) CD 1
01 The Continentals
02 The Feathers
03 The Thrashers
04 The Heartbeats
05 The Arrogants
06 The Dellchords
07 The Youngsters
08 The Sonics
09 The Enchantments
10 The Admirations
11 The Five Discs
12 The Majestics
13 The Vernalls
14 The Shells
15 The Royal Kings
16 The Five Satins
17 The Joylarks
18 The Five Roses
19 The Milos
20 The Capris
21 The Dellchords
22 The Cameos
23 The Feathers
24 The Chuck-A-Lucks
25 The Youngtones