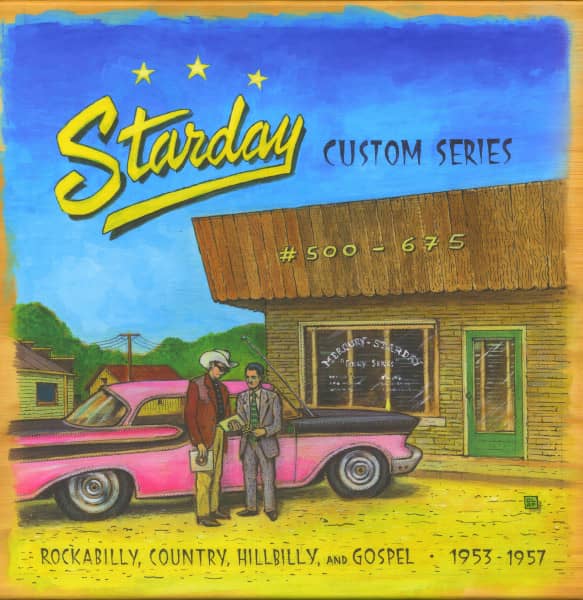 Although the Starday record company was not by any means the first label to dabble with customs presses, they are probably one of the most famous and sought after. What was originally a sideline to scrape in a few bucks – the “custom” or “vanity” business – came to really flourish after 1956, when any tom, dick and Harry (or truitt, Beamon or Lucky) could go cut a record of their own. Lack of publicity killed almost all of the tracks dead in the water, but it enabled the artist to walk around, handing out his own record, a little like a vinyl business card.

On the whole, the sound and recording quality always seemed a lot clearer on many Starday Customs (with a few exceptions), making airplay more of a possibility. When don Pierce (a stalwart of the 4-Star OP custom pressing dept. from California) joined Starday Records he began their own series, starting with Coast Records from Los Angeles. From 1953 up through to the early seventies, Starday managed to release at least 700 different 45s from artists all over the US, and the odd one or two from Canada as well.

This, the first box in a new series, starts on #500 and ends on 675. there are a few records listed in the book that are not on the CDs – sadly, after 30 years of collecting (and in some cases for other collectors, 40+ years) these records simply haven’t turned up yet. All in all, this set includes 312 tracks on 10 Cds, and comes with a 116-page hardcover book with label pictures and liner notes about each of those Starday Custom singles!