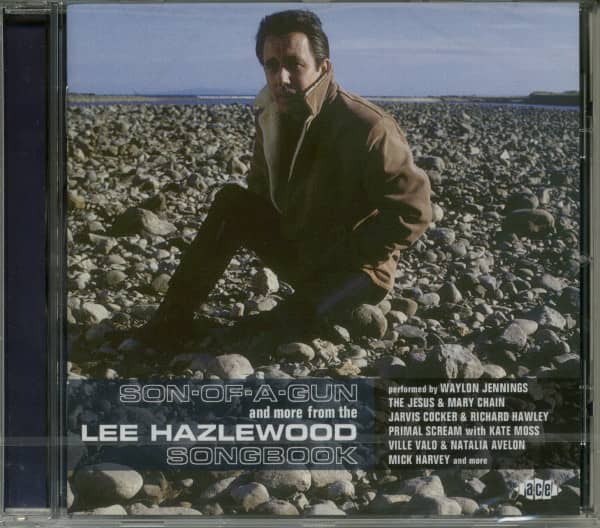 (2016/Ace) 22 tracks.
The songs of Lee Hazlewood performed by a panoply of international artists from the 1950s to the present day. 'Son-Of-A-Gun' is the third volume of Hazlewood’s compositions to be released in Ace’s renowned Songwriter series. The first, 'Califia', comprised recordings made in the 1950s and 60s, and the second, 'Shazam!', focused exclusively on instrumentals. While “Son-Of-Gun” features some performers whose recordings Hazlewood produced in his glory years, the collection consists primarily of interpretations by a diverse array of contemporary international artists who were inspired by his work from afar. The booklet, a fully illustrated 24-pager, features exclusive interviews with many of the featured artists, including Richard Hawley, Primal Scream’s Bobby Gillespie, Jim Reid of the Jesus & Mary Chain and Mick Harvey.