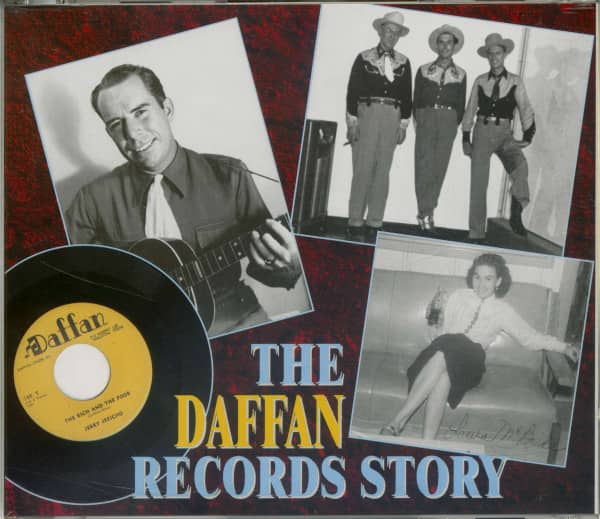 Ted Daffan is best-known as the composer of Born To Lose, Worried Mind, I've Got Five Dollars And It's Saturday Night etc., and it's little known that he operated his own label on and off (mostly off) from 1955 until 1971. Most artists start a label to record themselves, but Daffan never appeared on Daffan Records except as a composer.

He started with Jerry Jericho's original version of These Hands. The sadly neglected Texas honky tonk king Jerry Irby recorded prolifically for Daffan, as did Floyd Tillman and Laura Lee McBride. The Pickering Brothers, who recorded with Buddy Holly on Oh Boy have five songs on this set, but the biggest surprise is Johnny Bundrick, who went to England to work with Free, Bob Marley and others, but he's heard here as a young and very good rock 'n' roll pianist.

Mention of Ted Daffan usually conjures the strains of pensive, proto-honky-tonk classics like Born To Lose, Worried Mind, Heading Down The Wrong Highway, and a clean, streamlined sound dominated by straightforward lead guitar and accordion.

The name does not, to most who know it and the music, bring to the mind's ear rare hillbilly-cum-rockabilly discs by William Penix. It doesn't readily evoke Jerry Irby's valiant mid-fifties stabs at rock and roll, the mambo or anything else he thought might revive his career. Nor is it likely to conjure Floyd Tillman having a ball with a decidedly uncommercial session of spare acoustic blues.
To those interested in small, independent record labels or with that fertile ground between country and rock and roll, however, Daffan brings to mind these very things. Penix, Irby and Tillman were all part of the odd mixture of artists and styles issued on Daffan Records. In his struggle to carve a niche for his own label amid the imposing dominance of the majors, Ted Daffan released a fascinated and uneven range of music. And the fewer than two-dozen discs he issued maintained an idiosyncratic stylistic unity that paralleled his own style and flew in the face of the major label's growing tendency toward garish overproduction.

Ted Daffan had left the band business by the time he started his own label in 1955. He was poised to supplement his steady income from royalties by recording demos and the like at a Houston house/studio he had purchased from his friend Floyd Tillman. He began his label with no grand design —simply as a way to get his friend Eddie Noack's song These Hands on the market. Like any independent, he hoped to cover as much territory as possible and, if one of his records hit, make a sweet leasing deal with one of the majors. It was a tough, risky endeavor, but others had shown it could work. Unfortunately, it didn't — quite.

Due to a number of problems, the label's initial and most active period of operation was less than two years, although its lifetime would, through intermittent resuscitation, eventually span over fifteen. The twenty-odd releases on Daffan Records remain much sought after collector's items today, particularly those early items recorded between the end of 1955 and 1958. The label's entire, varied output, including several custom releases and unreleased items, is reissued here for the first time.

Ted Daffan was at a crossroads both in his life and his career in the fall of 1955. His days as a best seller for Columbia were behind him, his last big hit was as recent as 1950 — I've Got Five Dollars And It's Saturday Night. Les Paul and Mary Ford had recently scored with a revival of his 1940 classic I'm a Fool To Care, and Faron Young would shortly hit with a remake of I've Got Five Dollars, but Daffan was hardly at a peak. He'd had a decade of enormous success following his 1941 departure from Houston's Bar X Cowboys to form his Texans... 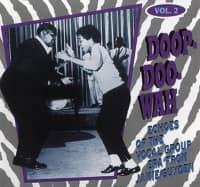