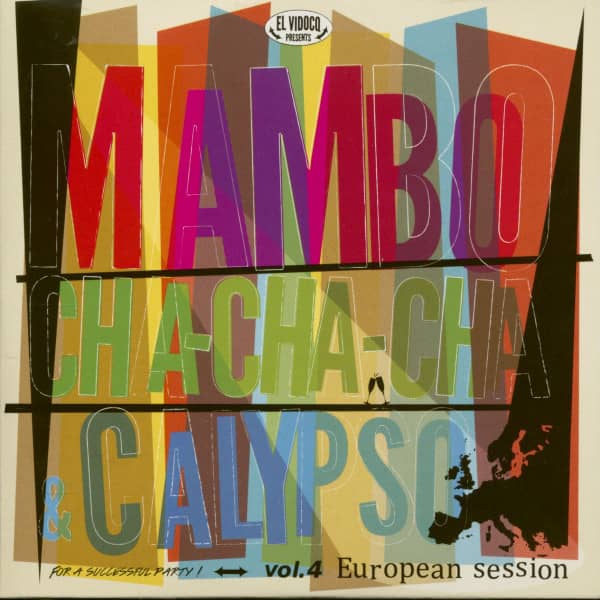 (Jukebox Music Factory) 16 tracks
Grouped together under one Caribbean banner, these typically Cuban melodies from the 1930s (mambo) and 1950s (cha-cha-cha), further spicened with Trinidadian tunes from 1915 onwards (calypso) bubble over to form a frothing tryptic of irresistible dance songs. First released in the States, these sunny melodies very rapidly spread around the world following the First World War... After having first explored a bouquet of female singers (Vol. 1), followed by the wild extravagance of this music (Vol. 2) and finally its links to blues (Vol. 3, El Vidocq here focuses on the impact and influences of mambo, cha-cha-cha and calypso within other regions of the world. Volume quatro: Europe!

A hip-swaying road trip through Spain, Belgium, Switzerland, Italy, Germany and last but not least France. Benefitting from markedly mixed ensembles - for these countries often opened their arms to exiled musicians - the songs here spotlighted are all strongly influenced by the Caribbean while yet retaining their own national flavors.
How can you not succumb to 'La Suppa De Pichon' by Belgium's Los Merecumbes, or to the 'Cha Cha Twist' by Spain's Margarita Sierra? You're sure to Olé! the 'Torero' by the UK's very own The Southlanders, while shaking your bum to Bordeaux's Ben Y Su Tumba and his fiery 'Tequila' as audacious as the original by Chuck Rio!