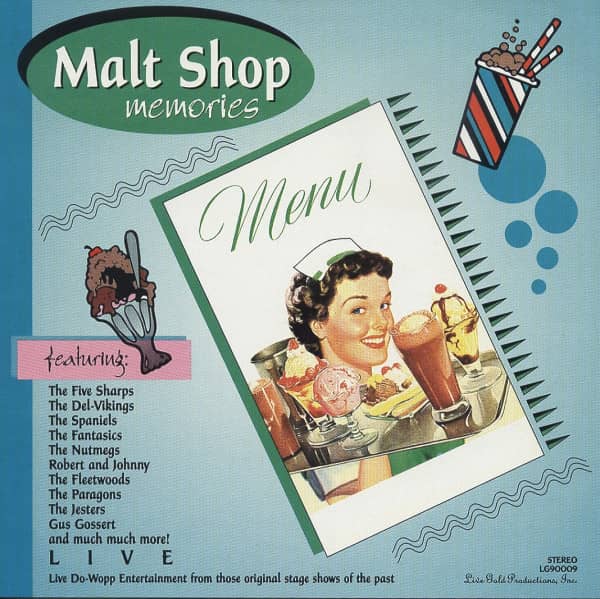 (Live Gold Productions) 17 tracks (55:27) taken from various New York Doo Wop live shows and featuring comments by DJ legend Gus Gossert!
Gus Gossert hosted "The Time Capsule Do-Wopp Shows on WCBS-FM radio and WPIX-FM radio in New York from May 3rd, 1969 until November 16th, 1975 while switching over randomly between both radio stations through the years. He was responsible for bringing back the Doo Wop sounds of the 1950's.

During those years many Doo-Wop stage shows were thrown at the New York Academy of Music Theater in New York City. Gus Gossert was the host M.C. for a few of those live historic shows, introducing some of the greatest of vocal groups and artists of all time.

The Dubs, The Five Keys, The Flamingos, The Moonglows, The Kodaks, The Harptones, The Students, The Jive Five, the Del-Vikings, The Five Sharps and many others. This recording is a tribute to the memory of Gus Gossert and those great groups of the past. Whether or not you were at those shows, this will give you a second row seat along with that curly headed kid in the second row, Gus Gussert, into that harmonizing and beautiful musical sounds.

On August 10th, 1976, Gus Gossert was shot to death.
This series of live recordings is a tribute to the man who brought back the music and those wonderful Oldies.