1-CD with 24-page booklet, 35 tracks. Total playing time about 79 min.
The Shadow Knows More!
Part 2 of 'The Shadow Knows' proves once again that a Halloween compilation doesn't have to be crude, silly or boring. We look back on the long tradition of the annual autumnal demon expulsion and also on the long musical tradition that unites both. Through long research we have once again (re)discovered a whole series of rare recordings from music history, which will inspire you to groove, fear, dance and smile, and which will also appeal to the die-hard music fan and collector's heart. And certainly not only for Halloween. It should also be noted that the roots of Psychobilly, developed in the 1980s, are to be found here. It's best to listen in the dark with a touch of candlelight, then you'll get goose bumps. Happy Halloween!
Rarities parade instead of hit parade
As always, part of the concept is to focus on rare shots that are not to be found on every single compilation. Accordingly, you should definitely get the previous 'The Shadow Knows'-CD, because you can listen to both CDs one after the other and stay in horror fever. Enriched with two radio trailers we can present a number of songs that haven't been available on CD before. For example rare recordings of Billy Duke and The Dukes, Jan August, Bill Buchanan (from Buchanan & Goodman) and the funny Somethin' Smith and The Readheads.

The novelty recordings of Bob McFadden & Dor (Rod McKuen) and of country singer Salty Holmes are also very funny. Particularly rare is an emotionally charged version of the classic Ghost Riders In The Sky, which Dean Martin immortalized as a radio recording in 1954, as well as a full single by a certain Bob Guy, in which the young Frank Zappa is involved. The whole package is rounded off with a series of gaudy Rockabilly recordings and heavy Rock 'n' Roll instrumentals. The latter even with one of Mexico's top bands of the time, a rarity of Los Gibson Boys! Of course, the CD is accompanied by comments on every single song by the renowned music journalist Bill Dahl from Chicago as well as many photos and illustrations in the 24-page booklet! 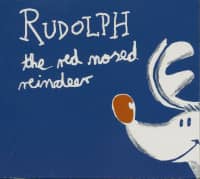 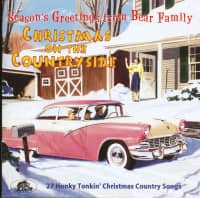