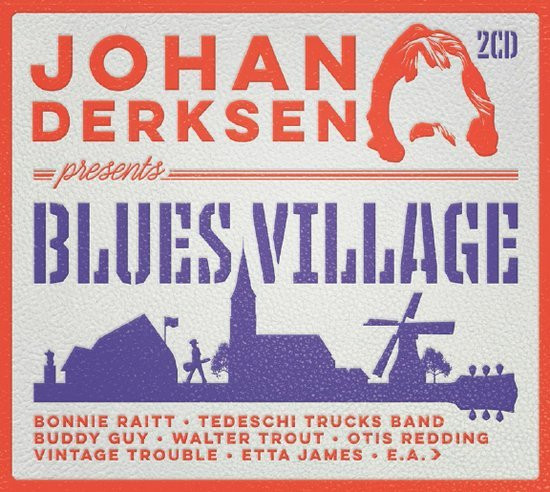 (2016/Universal) 39 tracks.
Derksen is best known as a football expert, television personality and football analyst, but now increasingly he focused on his greatest love: the music: Country, Soul, Rock, Americana, and especially the blues. He it is the driving force behind the Holland International Blues Festival, and he has the ambition to make Grollo 'the Blues Capitol of Europe'. In his own words: "What was Woodstock for America, Grolloo should be for Europe. The album 'Johan Derksen presents Blues Village' is a personal choice of Derksen. This is not the usual suspects, but a selected collection of songs: old heroes and new talents, the trendsetter of the festival and of course some artists, who deserve more recognition.