What do these folks have in common? Nat King Cole. The Delmore Brothers. Emmylou Harris. W.C. Handy. Sonny James. Sam C. Phillips. Wilson Pickett. Lionel Richie. Sun Ra. Toni Tenille. Dinah Washington. Hank Williams. Sure, they’ve all been involved in music, one way or another, and some of them have made large contributions to our national heritage. But what links them is even deeper. Answer in just a moment.

The answer? Everyone on the list hails from the State of Alabama. And, needless to say, the list could have been a lot longer. With the exception of jazz musician Sun Ra (who claimed to have been from the planet Saturn), each one of these folks was proud of his or her heritage. As Alabama license plates told us way back in 1955, Alabama is 'The Heart of Dixie.' As state nicknames go, that one isn’t bad. Alabama had previously tried for 'The Cotton State' but just about every one of its neighbors had an objection to that. Even earlier on, Alabama was known as 'The Lizard State.' None of its neighbors objected, but cooler heads prevailed.

Alabama and its native sons and daughters have played a major role in the development of American music and culture. If the aforementioned Ms. Parks hadn’t refused to relinquish her bus seat to a white man, Montgomery, Alabama might not have become a touchstone for the civil rights movement that blanketed the entire south and spread to the nation in the 1960s. In fact, try to imagine the past half-century of American culture without the contributions of all the people listed above. Just focus on Hank Williams and Sam Phillips (founder of Sun Records) and the face of American popular music and culture would be altogether different.

No one has yet written a song about Alabama’s state flower, the lovely camellia, although that flower has only been officially recognized since 1959 (a vintage later than many of the songs on this album). Before then, Alabama held the goldenrod as its state flower. Presumably a rash of allergic sneezing caused the legislature to modify its selection. Likewise, the boll weevil doesn’t get any attention on this CD, although the folks in Enterprise, Alabama erected a statue to the marauding insect in their town square, presumably acknowledging his role in devastating their cotton crop and forcing the state to move to a broader agricultural base. Both Fats Domino and Brook Benton have enjoyed hit records about the boll weevil, but neither confined the insect to Alabama.& ,

The songs on this CD are a true musical smorgasbord. The achingly pure country harmony of the Louvin Brothers tells us about an Alabama that may have all but disappeared in the past half century. That old-time charm is also evident in Pee Wee King’s Alabama Moon - a track that includes a lovely and unexpected 4-bar steel guitar solo. Wilf Carter was from Nova Scotia, but that didn’t stop him from singing the state’s praises (at breakneck tempo) on Alabama Saturday Night. Likewise, Dick Curless, who grew up over a thousand miles north in Maine, uses his rich vocal style to tell us about his southern mama in Old Ramblin’ Alabama Me. Pop vocalist Ella Mae Morse, who hailed from Texas, tells us all about Birmingham in a decidedly brassy big band style, while Bobby Bare sings the poignant tale of Alabama Rose. Two of the biggest hits on this collection are Red Foley’s Alabama Jubilee and Cowboy Copas’ Alabam, both of which crossed over the great divide and enjoyed some pop as well as country music success. 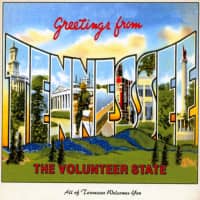 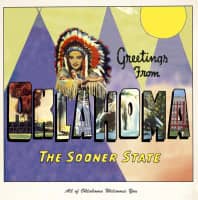 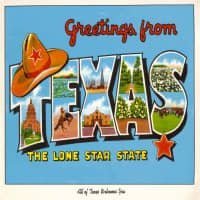