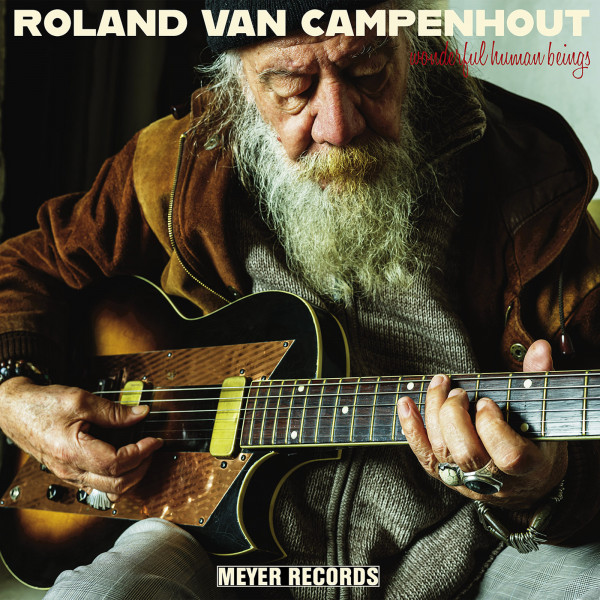 
"Who is Roland Van Campenhout? Well, he's simply an old man, born in 1944, and the Belgian singer-songwriter makes no secret of that on the cover photos of some of his latest albums. An old man with plenty of experience in life, travel and music, especially on six strings and most recently mainly in the metier of blues. His discography goes back to the 60's, a first single was released in 1967, that's more than 50 years! But he is also an old man with a wonderfully young voice, witty ideas for lyrics and an always open mind for treading stylistically diverse musical paths, which can be experienced again in an exemplary way soon, more precisely from April 1st, with his album "Wonderful Human Beings".


The twelve tracks contained therein represent the 4th longplayer for the former Cologne label Meyer Records, which is now based in Northern Germany. Whereby, if one speaks of a new album here, it must at least be added that the actual sound recordings actually span the period from 1995 to 2020 and have so far remained completely unreleased. However, this does not detract at all from the musical listening pleasure of this collection. And the breadth of sound and style are astonishing here anyway. This begins with the instrumental opener "Conquistador Rock", which could also come from the soundtrack of a neo-Western. The alternative country blues of "Faits Divers" - RVC drifts briefly into French here - with acoustic and slide guitars is an Americana gem. "Believe No More" as track No. 3 resembles a psychedelic perpetual motion machine with its hypnotically propulsive template of striking drums and spiky guitars as well as monotonous sprechgesang. And so it goes on blithely: a collage of spherical sounds, Dada voices and the recitation of texts by Bukowski and Dylan Thomas ("Where Are My Kum-Quats?"), a slow blues-reggae ride with cowboy rap and plenty of harmonica echoes ("King Kong"), a simple string instrumental ("Lady Cardigan's Wedding Dress"), a mix of overcranked voices and sound effects ("Everybody Must Have A Fantasy").


This is followed by a Louisiana party number, a trip to Bollywood, a sample conglomerate and an ecstatic electro excursion including a poem by the young deceased expressionist Paul Van Ostayen. Last but not least: a breezily funny cover of the Bacharach/David classic "Twenty-Four Hours From Tulsa". This all came together over the years with instrumental friends and colleagues. As usual with Meyer Records, the material was mastered by Pauler Acoustics in Northeim. Roland Van Campenhout himself is absolutely thrilled. Quote: "It is a real good album, like all the others we did, goddamn!!! I've been listening on different speakers & boy, it sounds better every time!!!"" 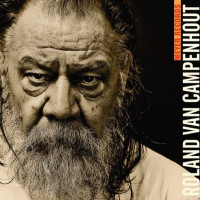 Tracklist
Van Campenhout, Roland - Wonderful Human Beings (LP, 180g Vinyl) LP 1
01 Conquistador Rock
02 Faits Divers
03 Believe No More
04 Where Are My Kum-Quats
05 King Kong
06 No Strings Attached
07 Everybody Must Have A Fantasy
08 Kosher Kama Sutra
09 The Only Sadhu In Pondichery
10 Where Are My Kum-Quats (Slight Return)
11 Singer Naaimasjien
12 Twenty Four Hours From Tulsa