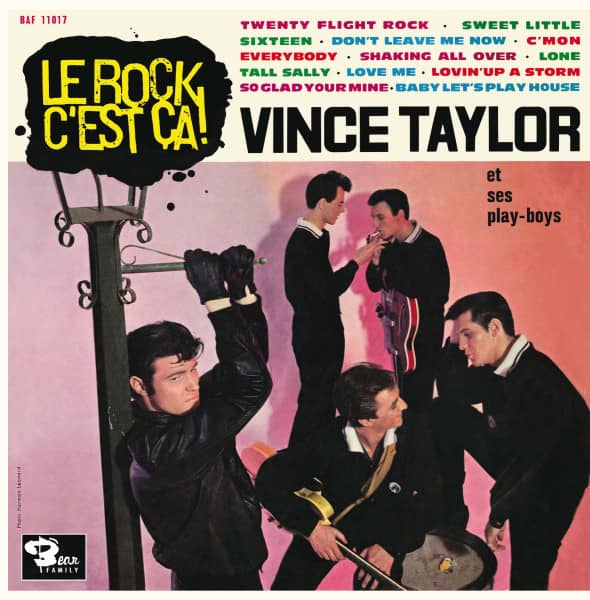 • Vince Taylor is one of the very first British rock legends!
• His Brand New Cadillac is one of the few rock classics from before the Beatles and was covered by The Clash in 1979.
• His stage show was legendary, extremely wild, energetic, ecstatic and his attempt to emulate Gene Vincent and Elvis Presley.
• In the eyes of many critics and fans he anticipated the development of punk early on and was popular with his strong presence especially in Great Britain, Belgium and France.
• 'La Rock c'est ça!' was originally released as 10"LP album in 1961 by Barclay in France.
• The two bonus tracks are taken from his first two singles from 1958 and 1959.
• Limited to 500 pieces worldwide; colored 10" vinyl LP!
British rock star Vince Taylor wrote the larger-than-life anthem Brand New Cadillac and later the classic Jet Black Machine. With his 1950s British band, which was extremely talented by international standards, he set the benchmark in terms of stage show and presence long before the Beatles. He oriented himself on US models like Gene Vincent and Elvis Presley, but went one step further and anticipated the later development of punk with his ecstatic appearances. During the 1950s he had lived in the USA for a while and experienced the emergence of rock'n' roll up close.
Vocally his role models were superior to him, and apart from two or three outstanding songs of his own, his repertoire consisted of covers of the US originals. But apparently Vince Taylor has always been able to gather some of the best musicians of the British Isles around him and above all to entertain and inspire live.

This release is a reproduction of a 10" LP album first released by Barclay in France in 1961, strictly limited to 500 pieces in colored vinyl! 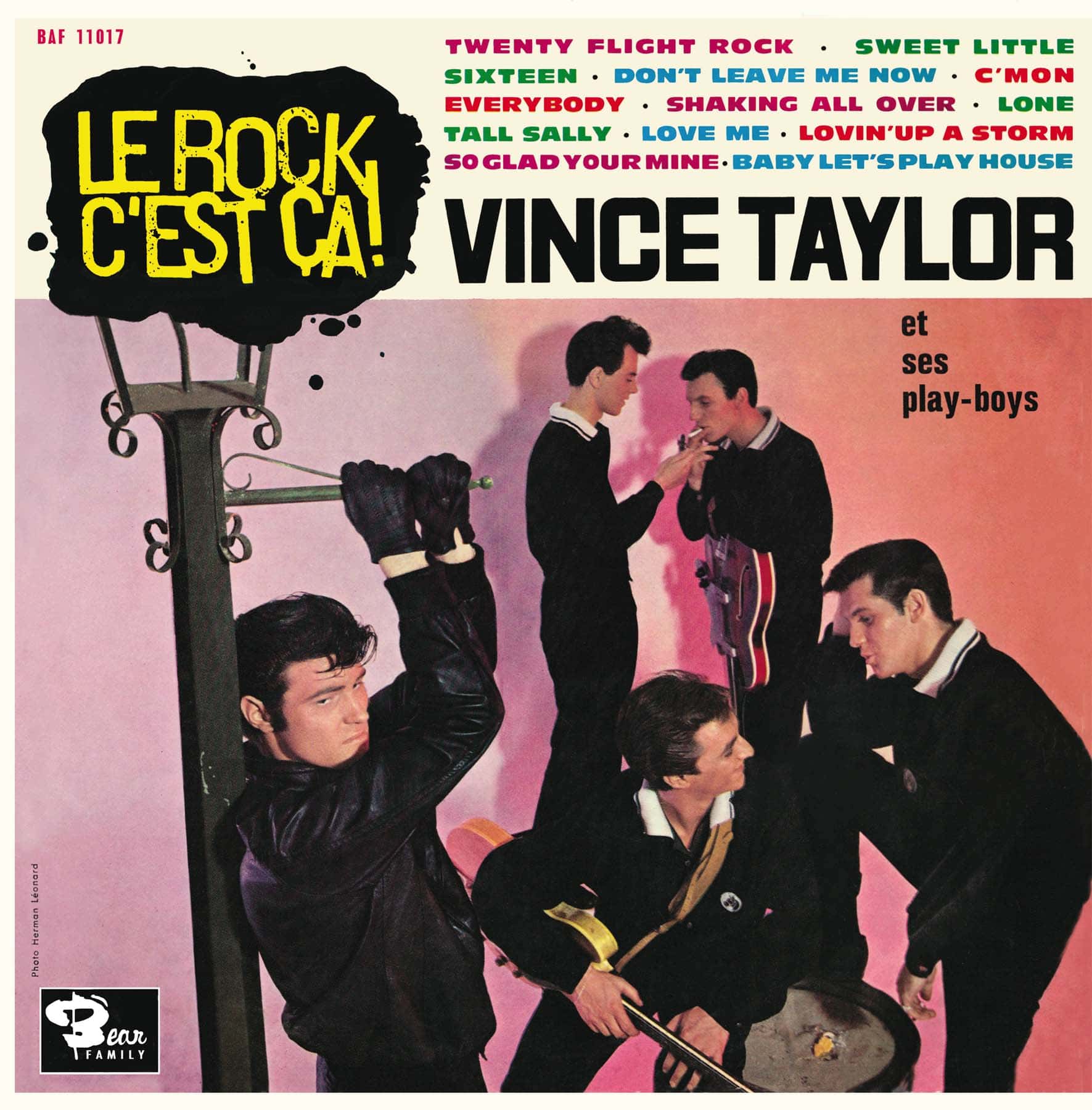 can't wait for the rockin' wild man on stage. 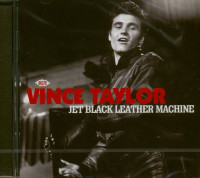 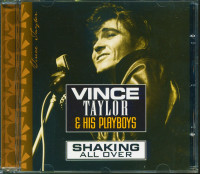