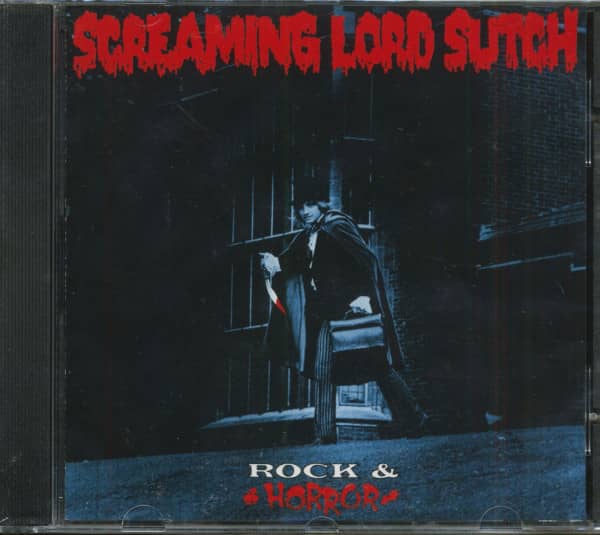 Taking a break from electioneering, his Screaming Lordship, or Dave to his friends, let loose on these early 80s recordings in his own genteel style. A who's who of the UK rockin' scene from the 60s back up Sutch on this ghoulish goulash of hair raising monster rockers, like 'Screem, Screem', 'Murder In The Graveyard', 'Loonabilly' and the inevitable 'Jack The Ripper'. The leopardskin-clad Sutch recorded with the legendary cult producer of the 60s, Joe Meek and is the UK's most eccentric rocker, king of bad taste and horror. He regrettably never realised his ambition to be prime minister with his Monster Raving Loony Party as he took his own life in 1999 - a great eccentric that will be gravely missed.