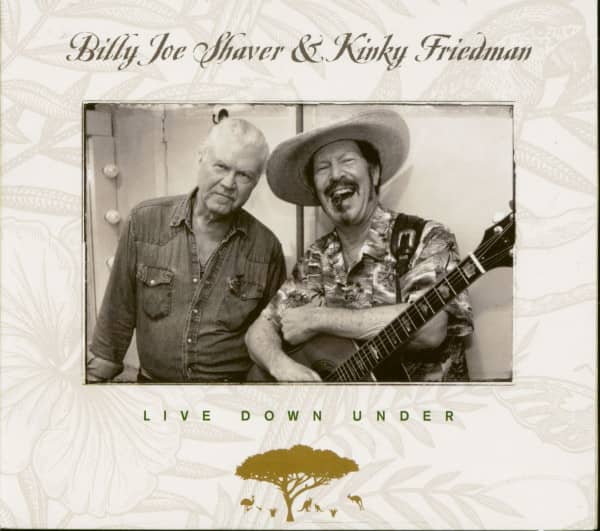 (Omnivore Recordings) 22 tracks (64:06) digipac. Recorded February 19-21, 2002 in Sydney, Australia.
Before Billy Joe Shaver’s death in 2020, Willie Nelson called Shaver the greatest living songwriter. That isn’t out of line, as Billy Joe is a member of the Texas Country Music Hall of Fame and winner of the Academy of Country Music’s Poet’s Award. Aside from his own recordings, his songs have been covered by Willie Nelson, Waylon Jennings, Patty Loveless, and more, and even featured in Academy Award winning films like Crazy Heart.

Kinky Friedman is another singer, songwriter, novelist, and satirist. He holds the distinction of being the only artist who was recorded for Austin City Limits, but the show was never aired due to fears of the content being too controversial. He even ran for the office of Governor of Texas in 2006. His spiritual advisor for that campaign? Billy Joe Shaver. But, that wasn’t the first time they worked together.

“Ladies and gentlemen, two Texas legends, Billy Joe Shaver and Kinky Friedman!” announced Jeff “Little Jewford” Shelby before the nightly coin toss to decide who in this dynamic double-bill, quadruple heart bypass contender Billy Joe or singing crime novelist Kinky would go first. The spotlight then passed back and forth between the duo, supported in Vaudevillian fashion by guitarist Jesse Taylor, Washington Ratso and of course Little Jewford.

Depending on how you look at it or who’s talking, the Live Down Under tour probably shouldn’t have happened or it was the best thing that could’ve happened. Either way, it was a minor miracle most would say and now a thing of myth and legend.

It started when Shaver, still recovering from the loss of his mother, wife and son was lured out of mourning in 2001 by the Kinkster to do their “Two For Texas” tour that ended with Billy Joe unexpectedly suffering a heart attack at Gruene Hall in New Braunfels, Texas that August. Angioplasty was performed but Shaver, fearing the risks, was resisting medical advice to have quadruple heart by-pass surgery taking karmic instruction from Willie (Nelson) to get out and stay active. Soon commitments to bring the tour to Australia were made.

Kinky Friedman: “The doctors wanted him to have the surgery but he said no. And they didn’t want him going to Australia with Kinky. That it was the wrong thing to do. But Billy Joe was in a dark place; the recent family tragedies, the health concerns. Staying home with the curtains drawn and all its temptations seemed as risky as going. Willie and I both agreed, the best therapy he could have was to get out and have a good time.”

Billy Joe performed every night like his life depended on it. And it did. And it pushed everyone to the same level of intensity. Featuring hits like ”Honky Tonk Heroes,” “You Asked Me To,” ”Get Your Biscuits In The Oven And Your Buns In The Bed,” “Sold American” and more, showcasing some of the best material from both writers’ storied careers, and delivered in a way that only these best friends and odd couple could. So put on Live Down Under, sit back, listen and perhaps come to appreciate these two unique artists in a way you hadn’t before. A one-of-a-kind experience. 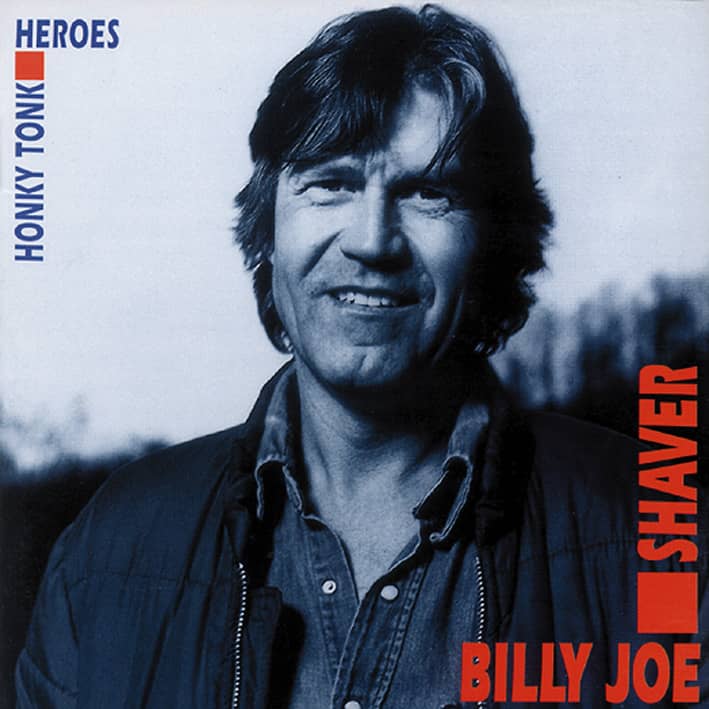 The tipping point in Billy Joe Shaver's career came when Waylon Jennings recorded 'Honky Tonk Heroes.' They first met at the Dripping Springs Reunion, the event that preceded Willie's annual picnics. After that, Shaver bugged Waylon so often, Waylon reportedly offered him a hundred bucks to go away. "I was always in a meeting or on another call or 'not in.'" Waylon said."This went on for months….He caught me one night at RCA recording. 'I got these songs,' he said, 'and if you don't listen to them, I'm going to kick your ass right here in front of everybody.'He could have been killed there and then by some of my friends lining the walls, but I took Billy Joe in a back room and said, 'Hoss, you don't do things like that. I'm going to listen to one song, and if it ain't no good, I'm telling you goodbye. We ain't never going to talk again.' Billy played me 'Old Five And Dimers,' and then kept on going. He had a whole sackful of songs, and by the time he ran out of breath, I wanted to record all of them." Old Five And Dimerswas Shaver's everyday poeticism at its best. Waylon had every reason to be impressed. 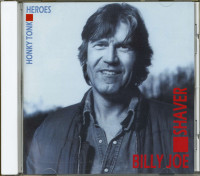 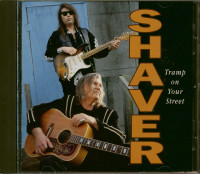 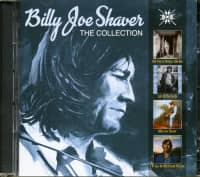 Tracklist
Shaver, Billy Joe - Billy Joe Shaver & Kinky Friedman - Live From Downunder (CD) CD 1
01 Intro Coin Toss
02 Georgia on a Fast Train
03 Western Union Wire
04 Star in My Heart
05 Rapid City, South Dakota
06 Old Chunk of Coal
07 Sold American
08 Ride Me Down Easy
09 Wild Man from Borneo
10 When the Fallen Angels Fly
11 Marilyn and Joe
12 You Asked Me to
13 Before All Hell Breaks Loose
14 Honky Tonk Heroes
15 Get Your Biscuits in the Oven and Your Buns in the Bed
16 Live Forever
17 You Wouldn't Know Love (If You Fell in It)
18 Ride 'Em Jewboy
19 Old Five and Dimers Like Me
20 Keep on the Sunny Side
21 Try and Try Again
22 Outro Thanks and Goobye!