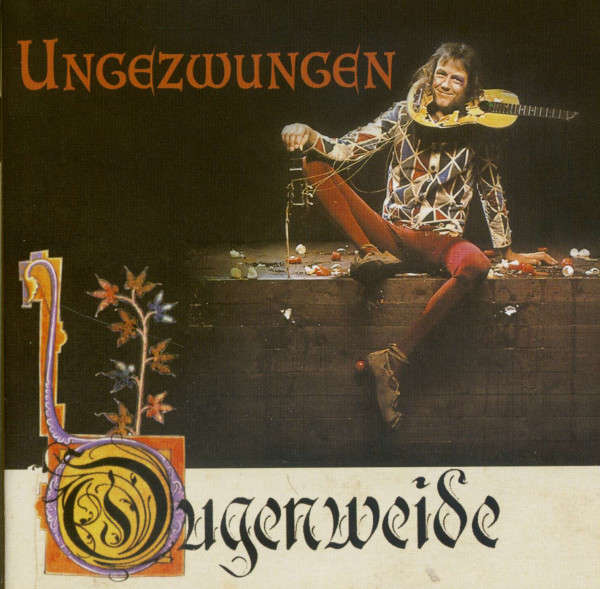 1-CD with 24-page booklet, 12 tracks, playing time 72:41 minutes.
Further CDs by Ougenweide, with all lyrics and an accompanying word by Minnesang specialist Dr. Lothar Jahn
After the great success of the first four LPs on 2 CDs, Bear Family Records presents four more studio albums from the 70s and 80s as well as the live recording Ungezwungen on CD for the first time.
If a German band deserves the credit for combining medieval texts with modern pop music for the first time and making them accessible to a broad audience, then it is Ougenweide from Hamburg.
Unfettered' is a live album that excellently documents the band's early creative phase and shows what Ougenweide was above all else: a rousing live band that united entire halls in a'Folks' festival with enthusiasm and joy of playing at their concerts. The recording contains very good versions of Wol mich der stunde, Der Rivale, Ouwe wie jaemmerliche and a twelve-minute version of Neidhart von Reuenthals Ougenweide with stirring drum and flute solos.
Simply different...
When I met Ougenweide, sometime in the mid-seventies, in the middle of pubertal turmoil and full of longing for love, music and togetherness, they were an exception. I had never experienced concerts of this kind before and actually not again afterwards! It was not only their originality: to hear Middle High German lyrics and these strange melodies, known at most from the awe-inspiring crackling early music recordings from the record cabinet of the German teacher, in connection with gripping rock music, was certainly surprising and unique, but not necessarily a guarantee for a rousing concert!
It wasn't the playing technique either: it was sometimes really impressive - especially when the wonderful old instruments came into play. But back then, when rock was going'art', there was a lot more virtuoso to experience! It wasn't the singing either: The lovely fairy Minne and the cheeky minstrel Olaf, that sometimes gave wonderful contrasts, but sometimes sounded very unusual and took getting used to! It wasn't just the atmosphere in the audience - although you rarely met so many nice and enthusiastic people who were simply'different' and could give you hope for a better life in the Kleinstadtmuff! No, it was above all this contagious joy in playing, this wonderful pleasure in what they did that made Ougenweide really unique.
And they were a hard-working combo - quite astonishing that they also visited the nice, sleepy little towns in and around Northern Hessian-Siberia in beautiful regularity, into which otherwise only few high or middle Caratians got lost. Their diligence was also reflected in the length of their concerts: three to four hours of programming were normal. And even though they started immediately, they managed to increase the pressure and energy even more towards the end. At some point it went drumming and singing in the direction of the audience, once around the hall, after them all, until the audience was just a cheerfully singing, romping, dancing and sweating crowd. I am somewhere in between, although such emotional outbursts and mass experiences are still rather suspicious to me. Sometimes they even played when the roadies were already dismantling the instruments - then they continued to play without amplification on stage.
If there was a band that really deserved the term'live band', it was Ougenweide in their prime. In this respect it is wonderful that with all the old treasures, which are now finally taken from the archive and immortalized on CD, the live album'Ungezwungen' from 1977 (in the original a double LP) comes to light again.
The live situation offers more room for instrumental development than the strictly produced studio albums. This is where the quality of the musicians becomes apparent, but they don't always have to play to the fore with their skills. The joy of experimentation is also visible here: some classics sound completely different than on the studio album, as the seven-minute introduction with Bald shows - this time sung by Minne - in a different way. So what? Here, too, Ougenweide are heirs of medieval singers and Spielleyt, who were able to rearrange their repertoire very flexibly depending on the occasion and audience.
Most of the time the band dedicates to their original song, Neidharts Ougenweide, which is almost doubled in length with a stirring flute improvisation in the style of Ian Anderson (Jethro Tull ) and an extended drum solo. The minnelied Walthers von der Vogelweide Wol mich der stunde after the beautiful melody of the troubadour song Quan vei la flor by Bernart de Ventadorn gets a crooked horn intro in the live version, which immediately conjures up a medieval courtly mood until it really swings off in the middle part. Ingeniously the jazzy Krummhorn improvisation, completely unexpected in such a context... 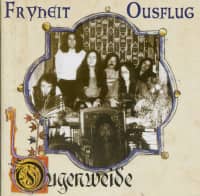 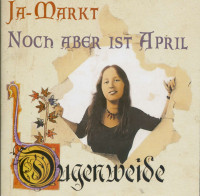 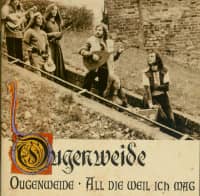 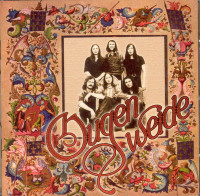