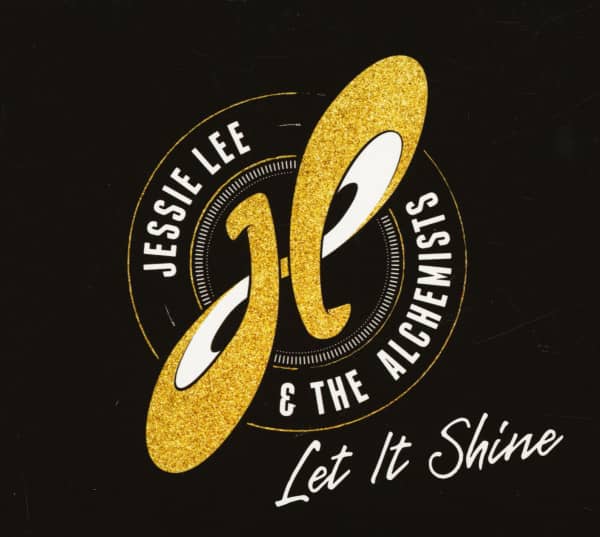 P Secure bonuspoints now
Description Review 0
Description
(DixieFrog) 10 tracks, digisleeve It is well known that it is not easy to be considered a...more
Close menu

(DixieFrog) 10 tracks, digisleeve
It is well known that it is not easy to be considered a one-hit wonder. Not even when it has already earned you a heap of praise. Jessie Lee & the Alchemists have proven just the opposite with "Let It Shine", their second album released on Dixiefrog Records.
It all started when the band was formed in 2015, consisting of charismatic singer-guitarist Jessie Lee, stunning guitarist Alexis "Mr. Al" Didier, backed by Laurent Cokelaere's driving bass, Stéphane Minana's tight groove on drums and Laurian Daire's masterful organ, they challenged their own personal luck in the music industry.

Described as a "hope for the European blues scene", the band began to define their art on as many stages as possible, recording their first eponymous album in 2018. That same year, the band was awarded 5 prizes at the International Mississippi Blues Trail Challenge. Further recognition followed in 2019 when they won the Challenge France Blues and received an invitation to represent France at the European Blues Challenge 2021.

With plenty of seriousness and confidence under their belt, the band recorded their second album "Let It Shine" in February 2020 under the supervision of Hugo Bracchi. In order to remain true to the band's musical and lyrical source of inspiration, the recording and mixing of this album was done completely analogue.

On "Let It Shine", you immediately notice the impressive vocal talent of Jessie Lee, who makes an excellent guitarist in both the rhythmic and solo parts. Paired with the virtuosity and lyricism of Alexis "Mr. AL" Didier - who is also the composer and director of the album - they hit the mark with their concept. Of course, the band did not remain uninvolved in the process.

Just let yourself be touched and convinced by the incredible energy of the rhythm section, consisting of Laurent Cokelaere on bass and Stéphane Minana on drums, and the subtle groove of Laurian Daire on the keys. "Let It Shine" is a blues album that fuses rock music, soul and even jazz.