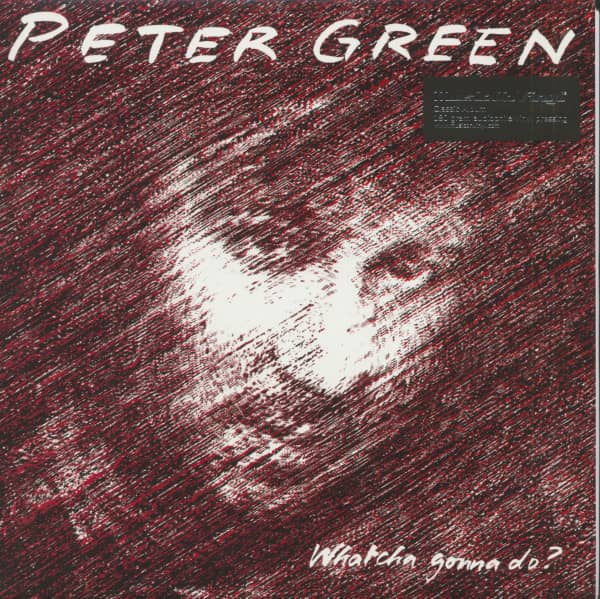 (Music On Vinyl) 10 tracks
Peter Green's 4th solo album Whatcha Gonna Do? was released in 1981.
It captivates with its famous Blues-Rock guitar shops and consists of songs in which Peter shows his intelligent guitar playing and the different sides of his musicality. With his versatile music the artist celebrated remarkable successes.

This is one of the albums that must be included in every blues music collection. Also for Fleetwood Mac fans, Whatcha Gonna Do? is essential.
In 1967 Peter Green, Mick Fleetwood and John McVie played with the legendary John Mayall & The Blues Breakers and were given free studio time to record 5 songs

. Peter Green was so convinced of the musical abilities of this band that he immediately formed Fleetwood Mac and named it after the drummer and bassist.