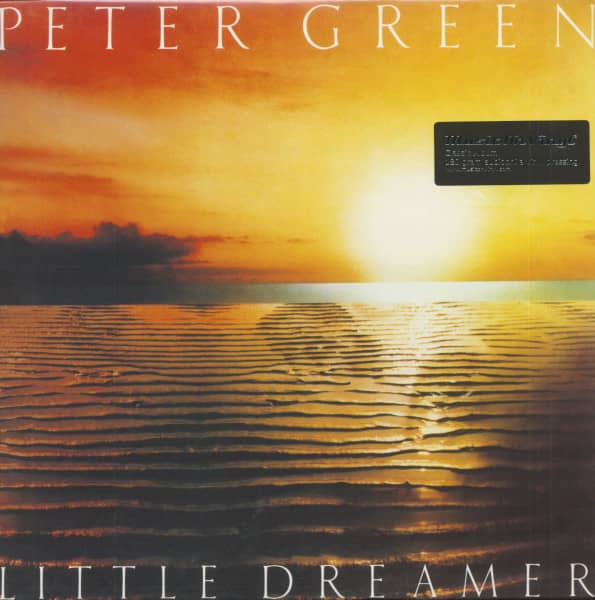 (Music On Vinyl) 9 tracks
Peter Green, founder of Fleetwood Mac, released his 3rd solo album "Little Dreamer" in 1980.
Peter's brother Mike was responsible for the content, while Peter implemented the musical ideas.
He invited some other musicians, like the drummer of the Fairport Convention, Dave Mattacks, and the bass player of Status Quo, John 'Rhino' Edwards, to join the recordings.

The record shows Green's position as a master of the blues.
In 1967 Peter Green, Mick Fleetwood and John McVie played for John Mayall in his legendary band The Blues Breakers.
The studio time they were given was used to record 5 songs.
Green was so convinced of the musical ability of this band that he founded Fleetwood Mac locally and named his new band after the drummer and bassist.