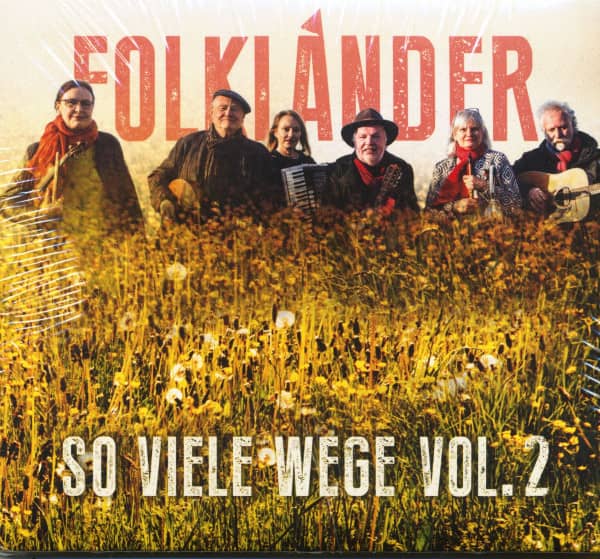 So viele Wege Vol. 2 was officially released at Pentecost 2022, bringing the audacious Folkländer 2-CD project to a successful conclusion. 14 tracks this time, and unlike Vol. 1, a handful of guests noticeably and audibly participated. Hardly a year lay between Vol. 1 and 2, and yet the two productions feel quite different.

Almost as if the ensemble had only really played together homogeneously in the 2nd act, not shying away from a few lateral arabesques into rather non-folk realms. For all the seriousness that accompanied our sessions, Folkländer is no trendsetter or sign-setter in the 2020s. This should be left to younger people. First and foremost, So Many Ways is likely to be a selfish endeavor - in keeping with the refrain line "As long as we're still playing folk songs, as long as we're young." Because the Folkländer entity has always been something like the atomic nucleus around which all other projects circled for the most dedicated accomplices among us over 40 years - sometimes close, sometimes further away, but always somehow close to the people. Accordingly, Vol. 1+2 may also be understood as a final broom ride, as a sentimental bow to one's own courage to have never (completely) dropped the grail.