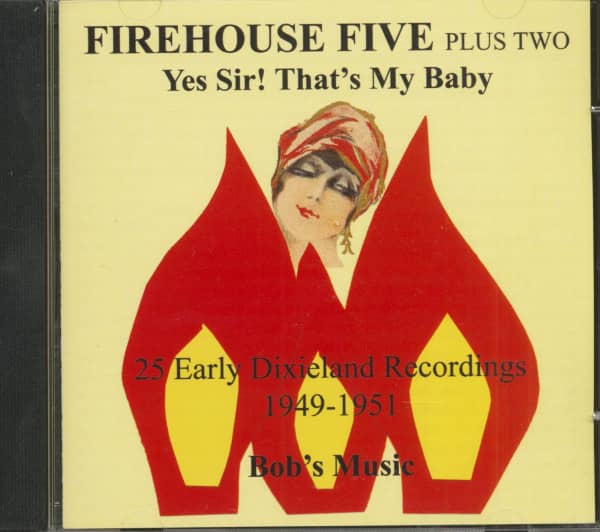 (Bob's Music) 25 tracks
I remember that very well: In a radio shop on Steindamm in Hamburg, not far from the vocational school on Lammer-markt, there were long-playing records from abroad. That was around 1962, when I was an apprentice in my second year I got 60 Marks training allowance, a US LP cost 22 Marks. That was so much money that I could only afford to pay for it every three months. At that time I bought the Dixieland Favorites of the Firehouse Five plus Two.

I still have this disc today, it doesn't look very good anymore, but when I hear the Canal Street Blues, the old times come back to my mind. When I later worked for the Teldec, I came into contact with Lester Koenig and his jazz company. I found out that he was the main behind the record story of the Firehouse Five plus Two. When he realized that the band hit like a bomb in 1949, he founded Good Time Jazz Records. That hadn't happened for a long time: a Dixieland band with such a fresh, optimistic sound hadn't been heard for ages.

A few years before their record debut, at Walt Disney Studios in Hollywood, a group of artists, writers and technicians occasionally gathered at Ward Kimball's Ram to listen to jazz records. Those who could played always played along the record on their instrument. No idea to make a band out of it but one day the record player gave up his spirit and they continued playing without a record and that was the beginning. At first they only played for themselves, but gradually they became known, were asked to play at parties, gave small guest performances and played at dance events. The band was first called "The Hugageedy 8", then "The San Gabriel Valley Blue Blowers" until the third name fitted.

The five Walt Disney employees did their Dixieland on the side, they were amateurs in the best sense of the word. Their popularity took on proportions over the next few years that hardly anyone could have imagined before. Their records, at that time still 78s shellacs, sold in hit-suspicious orders of magnitude. That always creates the wish to continue, to have further success. But it also creates a great pressure of expectations that not everyone can cope with. In the fall of 1949 Johnny Lucas and Jim MacDonald left the band, far they came the trumpeter Danny Alguire and the drummer Monte Mount-joy, both professional musicians who had played everything but jazz. Kimball was the boss, played the trombone, sang and provided a good atmosphere, Clarke Mallery played clarinet, Frank Thomas piano, Harper Goff banjo and Ed Penner played bass saxophone and later tuba. On this CD you will hear most of the frieihen shellac records from the early years. Occasional record noises I ask generously to overhear. I hope you enjoy this happy music as much as I do.

With swinging greetings, your Robert Hertwig 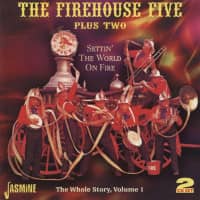 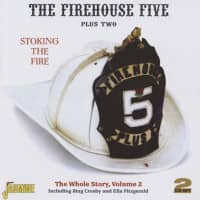 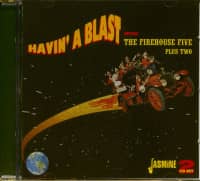