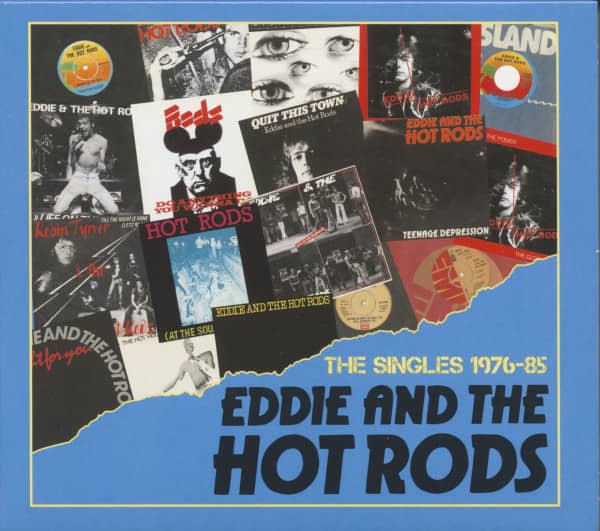 Eddie And The Hot Rods: The Singles (2-CD)

(Cherry Red Records) 40 tracks
40 tracks featuring all the A and B sides released between 1976-85 by Canvey Island R&B legends Eddie And The Hot Rods.
- In chronological order, it kicks off with the singles "Writing On The Wall" and "Wooly Bully" before the groundbreaking EP "Live At The Marquee", which marked the band's first appearance on Top Of The Pops and the single reached #43.
- The legendary "Teenage Depression" reached #35 in November 1976, a song that bridged the gap between pub rock and the exploding punk rock movement.
- I Might Be Lying then reached #44 before the anthemic call to arms "Do Anything You Wanna Do" shot to #9. The song, which has since been featured on pretty much every punk/new wave compilation, was also covered by German megastars Die Toten Hosen on their million-selling album Learning English, Lesson One. Also included as a bonus track is the rare, edited US version of the song.
- "Quit This Town," a UK No. 36, may have been their last hit single, but the Hot Rods continued to release great 45s like "Life On The Line" (from their Top 30 album of the same name) and "Power And The Glory" from the Top 50 album "Thriller.
The release is supplemented by rarer singles such as 'At Night,' 'Wide Eyed Kids,' 'Farther On Down The Road' and the independently released 'Fought For You.'
The booklet includes detailed notes on each single as well as repros of each record.

Article properties:Eddie And The Hot Rods: The Singles (2-CD)

Pub rock band formed in 1975.  Group members changed frequently but the original line-up was Barrie Masters (vocals), Dave Higgs (guitar), Rob Steel (bass) and Steve Nichol (drums).  Their first recordings appeared on the Island label in 1976 and saw some modest chart success, but they split up in 1981.  Since then, they have re-formed from time to time.

Recorded live in Paris in June 1976.  This is too noisy for my liking and the sound is muddy. 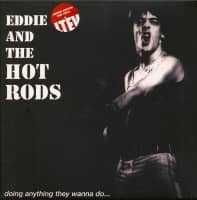