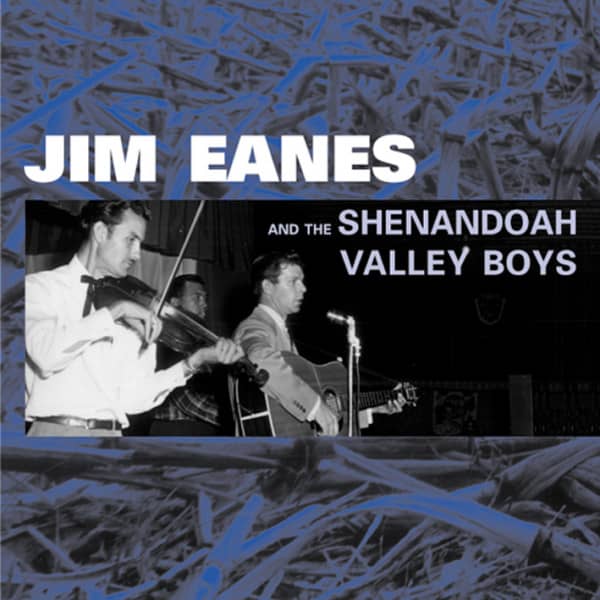 Jim Eanes is remembered today as a classic bluegrass singer and songwriter who made many excellent recordings and wrote many fine songs. His bluegrass recordings have been reissued many times, but in the early 1950s, Jim enjoyed a successful stint as a straight country singer. His country recordings made for Decca Records between 1952 and 1955, have never been reissued, and, as bluegrass expert Gary Reid writes in his liner notes, ‘Due to their unavailability over the years, they have often been overlooked when measuring the significance of Jim's lengthy career.’

Jim recorded a total of 31 sides for Decca, and they capture him at or near his best. The standout performance, I Cried Again, was a song that Hank Williams featured on his radio shows, and it highlights Jim's resemblance to Hank during these years. The other songs include other starkly moving ballads and some Cold War era commie-baiting novelties. These incredibly rare recordings have been unavailable since the early '50s (some are here available for the first time), and for Jim's fans they will be a welcome treat. If nothing else, this set reaffirms the fact that Jim Eanes possessed one of the finest voices in all of country music.

THE COMPLETE US DECCA RECORDINGS 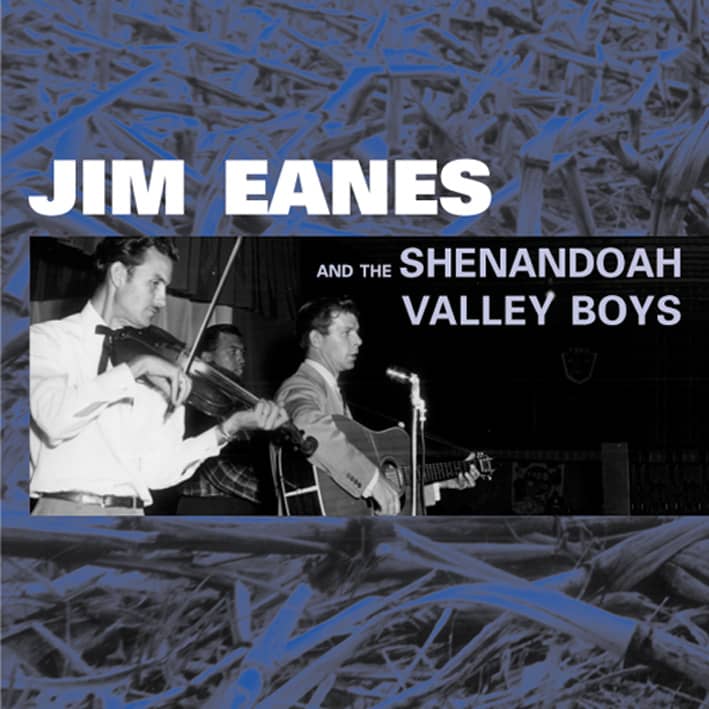 Jim Eanes is remembered today as a fine singer and writer who contributed a number of excellent recordings and compositions to the field of bluegrass music. The superb recordings he made for Starday and other labels have been reissued numerous times over the years, and he continued to record and release skilled new recordings until shortly before his death in 1996. In the early 1950s, Jim enjoyed a successful stint as a country recording artist. Those recordings, the subject of this reissue, were made for the Decca label between 1952 and 1955. Due to their unavailability over the years, they have often been overlooked when measuring the significance of Jim's lengthy career.

Jim was born on December 6, 1923 near Martinsville, Virginia. He got his start in music as did countless other rural musicians, he learned his craft from his family and soon was playing in a band with his father. By the late 1940s, he was working in the Knoxville, Tennessee area as part of a group known as the Blue Mountain Boys. This put Jim in touch with Arthur Q. Smith, a great songwriter who would collaborate with Jim in writing many popular songs. Jim has the distinction of being a charter member of Lester Flatt & Earl Scruggs' Foggy Mountain Boys as well as an early part of Bill Monroe's Blue Grass Boys.

By 1950, Jim decided to strike out on his own. He formed his band, the Shenandoah Valley Boys, and was soon making recordings for the regionally-based Blue Ridge label. He achieved success with one of his releases, Missing In Action. The strength of this recording garnered offers of recording contracts from four major labels. After careful consideration, Jim opted to sign up with Decca. He would be in good company at the label with the likes of Ernest Tubb, Webb Pierce and Red Foley. Kitty Wells, too, would join the label soon after Jim's arrival.

The recordings Jim Eanes made for Decca are an interesting mix of early '50s country music and bluegrass. Although other bands fused these elements previously -- bluegrass patriarch Bill Monroe even dabbled with this on his live shows in the late '40s -- the recordings that Jim made for Decca represent some of the first studio recordings of this hybrid. Given Jim's exposure to these styles and the high percentage of dances that he played in Virginia, his merging of these styles seems quite natural. And, too, the lines dividing bluegrass and country were not so clearly drawn in the early '50s as they were later. In his April 1978 liner notes to the Jim Eanes & the Shenandoah Valley Boys 'The Early Days of Bluegrass - Volume 4' reissue on Rounder Records, noted bluegrass historian Jack Tottle observed that Decca wanted the country sound because they "felt it was necessary to achieve maximum sales." But it wasn't all about economics; Jim liked country music. Matt Levine, a musician who worked with Jim in the 1980s, observed recently: "If you listen to the way Jim sings on these early sessions, he is trying to crack his voice like Hank Williams, as a lot of the singers did then."

Jim's Decca recordings are probably the most carefully produced recordings that he made during his lengthy career. They were made in the best recording facilities that were available at the time, and the label afforded Jim the opportunity to work with many of the best studio musicians. Material initially came from a variety of sources but later Decca sessions showed the genius of Jim's songwriting talents coming to fruition.

Throughout Jim's tenure with Decca, as was the case during his entire career, he remained a fairly regional artist who's popularity was greatest in the Piedmont region of Virginia and North Carolina. Though regional in nature, Jim maintained a very busy musical schedule. When fiddle player Bobby Hicks joined the group in 1953, he noted that the band was playing daily throughout the week on a noon-time radio show in Danville, Virginia and usually played out for show dates every night of the week. Saturday nights were busy with work at dances. (In the twilight of his career, Jim enjoyed a number of successful tours of Europe where he found appreciative audiences for his music.)

Jim recorded a total of 31 sides for Decca, 25 of which were issued. Musically, these recordings show the work of a superb vocalist at his best. Only two of these recordings enjoyed hit status; I Cried Again from his first session is probably the most popular followed by Wiggle Worm Wiggle from his next to last session for the label. The balance of the releases most likely experienced moderate sales. By 1955, Jim was ready to move on. Matt Levine stated, "Jim told me they wanted to renew his contract, but he left because they did not promote him as they did other artists such as Ernest Tubb, Webb Pierce, Kitty Wells, etc."

After leaving Decca, Jim recorded for Starday, from 1956 through 1961. Bluegrass purists consider these to be his finest recordings because of the blend of Jim's excellent singing and the exciting instrumental work of banjoist Allen Shelton and fiddler Roy Russell. Later recordings followed for Rural Rhythm, County, Leather and lastly Rebel. The Decca recordings, while among the best of Jim's career, are largely discounted because of their scarcity. While his work for other labels has remained in print in various forms over the years, the Decca recordings have for the most part been unavailable since their release in the early '50s. A bootleg album in the '70s did revive some of this material for a brief period of time. The issuance of this body of material should be welcomed by Jim's many fans. For many, it will be a new listening experience. For others, it will be a reaffirmation of the fact that Jim Eanes possessed one of the finest voices in bluegrass and country musics.