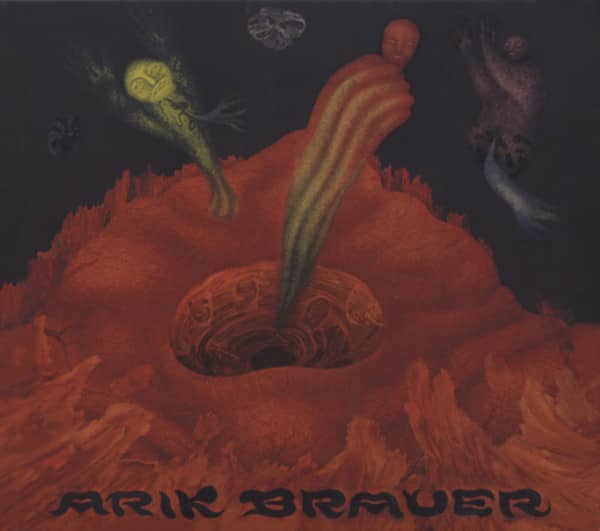 1 CD album Digipak (6 pages) with 32-page booklet, 12 tracks. Playing time approx. 34 minutes.
Rarely that songs are preserved over decades in the collective consciousness of people of all ages. Especially when they are not played up and down in format radios or on TV shows day in, day out. In 1971 such a collection of songs appeared on a long-playing record without title, whose cover showed a fantastically realistic painting. Only the signet of this picture gave reference to composer and interpreter:'Arik Brauer'. This nameless record was a huge success.
These songs not only prepared the trend for interpretations in dialect language, they confronted listeners with charmingly subtle and critical-intelligent lyrics, which - dressed in a trendy garb - dealt with topics such as homelessness, war, architectural sins, child abuse, anti-Semitism, ignorance and exclusion. Really no material for the hit parade; and yet Arik Brauer achieved gold status with this LP.
Oho Halalali, Die Jause, Sie hab'n a Haus 'baut, Der Surmi Sui, Der Spiritus, Rostiger die Feuerwehr kommt - songs that have passed the test of time with flying colours. That these messages were so well received in all seriousness lies in the deeply founded humour and the knowledge of human nature of Arik Brauer, who holds up a mirror in which everyone can find himself and whether he does not immediately look away from the pointed lecture. A rarely successful combination of entertainment and posture. And the fact that all these songs are as topical today as at the time of their release speaks for their quality and (unfortunately) also for the condition of our everyday environment.
Arik Brauer', the LP, has now been released on Bear Family as a CD with the original cover and an accompanying book containing all the lyrics and showing Arik Brauer's fantastic realism. 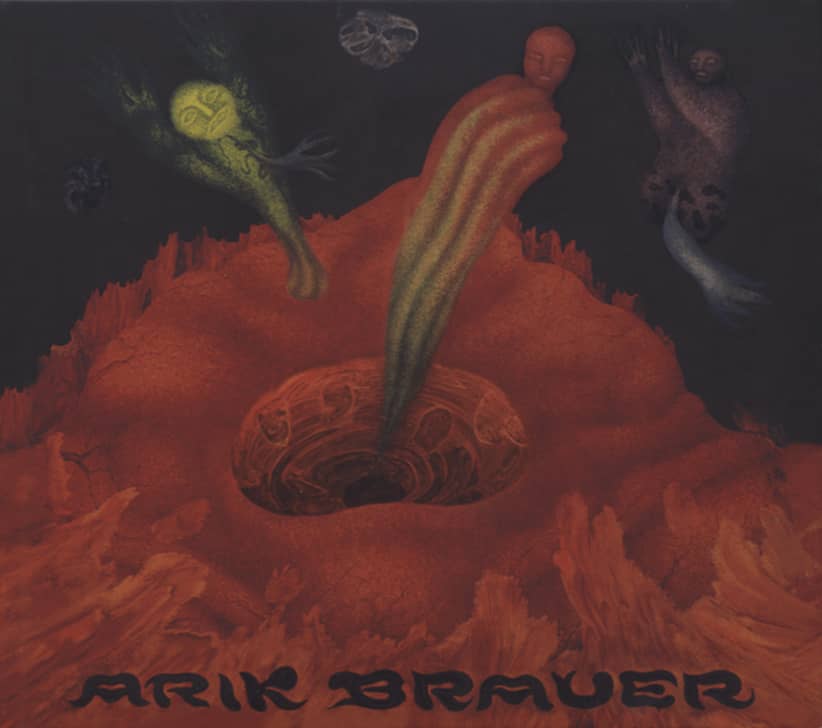 Born on 4.1.1929 in Vienna Brauer was surrounded by music from a very young age. First it was the Russian and Jewish songs of his parents that accompanied his path, then a short course of study at the conservatory, and finally the compulsion to earn a living with music and singing. For several years he earned his daily bread with guitar and voice, in Paris he finally had an engagement as an Israeli folk singer together with his wife Neomi. Music is still part of the daily life of the brewers - Mrs. Neomi and daughter Timna sing along for example on the LP Alles was Flügel hat fliegt'. Right after the release of his first LP, Arik Brauer', which brought him a sensational success, 2 golden records and more than 300 offers for musicals, films, TV works and theatre productions, Brauer began working on Alles was Flügel hat fliegt'. "It took me three years to write the songs." The songs, which were first released as a film and then on the record, also brought Arik Brauer the highest approval. Austria's Chancellor Bruno Kreisky said: "I can primarily say that I like these songs very much and find some of them particularly impressive - especially because of their socially critical attitude. In the person of Brauer I find it very interesting that he testifies in his songs to how very young people of his generation became passive material of history.'.
Original Press Release: Deutsche Grammophon GmbH

Arik Brewer
He is one of the most important painters of our time. He was born on January 4, 1929 as Erich Brauer, son of a Jewish craftsman in Vienna.

1945-1951
he is a student at the Academy of Fine Arts in Vienna with Robin Christian Andersen, Josef Dobrowsky, Herbert Boeckl and mainly Albert Paris Gütersloh. Together with Fuchs, Hausner, Hutter and Lehmden, he founded the'Vienna School of Fantastic Realism' in 1947. During this time he also studied singing at the Vienna Music School.

1951- 1954
he undertakes extensive journeys by bicycle through Europe and Africa.

1956-1957
he performs as a ballet dancer at the Raimundtheater in Vienna.

1957-1963
Brauer marries the Israeli Naomi and has called herself'Arik' ever since. They live in Paris. With his wife he performs as an Israeli vocal duo. The LP'Neomi et Arik Bar-Or' is released. Daughters Timna and Talja are born. In 1961 he had his first successful solo exhibition in Paris.

1964
The exhibition of Galerie Flinker in Paris represents a breakthrough for brewers as painters. He returned to Vienna and settled there, as well as in the Israeli artists' village of Ein-Hod. There he rebuilt a ruin for himself and his family into an artistically designed house. He has exhibitions all over the world. Numerous books by and about Arik Brauer are published.

From 1965
Numerous lyrics in Viennese dialect, as well as productions of records and CDs.

From 1970
he creates stage designs at the Zurich Opera House, the Vienna State Opera and the Theater an der Wien.

1971
Release of the LP'Arik Brauer', which is gold-plated twice.

1972-1979
The LP'Alles was Flügel fliegt' was released, as was the television play of the same name. Brauer paints a stage design for the Paris Opera. He composed a singspiel for the Wiener Festwochen, recorded the LP ' Sieben in one piece' and created the graphic portfolio'Die Menschenrechte'.

1979-1985
These years are marked by a travelling exhibition of the brewer's retrospective in the USA and numerous lectures at American universities. He receives a visiting professorship at the International Summer Academy in Salzburg.

1985-1990
Retrospective in the Vienna Secession and numerous exhibitions all over the world. In 1986 Arik Brauer was appointed full professor at the Academy of Fine Arts.

1989
He produces the LP'Poesie mit Krallen' with his daughter Timna and they also play many concerts together. Numerous artistic activities for the World Ski Championships in Saalbach.

1992
Design of a chess game for the Augarten porcelain manufactory in Vienna. Another stage design for the Zurich Opera House will be created.

1993
Design and creation of a residential house (brewer's house) for the municipality of Vienna.

1994-2000
Artistic design of the cultural and shopping centre'Kastra' in Haifa, Israel.

1995
Facade design of the catholic'Kirche am Tabor' in Vienna.

From 2000
numerous ceramic figures are created.

2002
Awarded with the Austrian Cross of Honour for Science and Art I. Class.

2002-2003
Establishment of the monument'Human Rights' in Vienna.

2003
Exhibition 'Don't Shoot the Blue Flower' at the Kunsthaus Wien, construction of the Brauer-Privatmuseum in Vienna.

As of 2004
Numerous readings with singing lectures.

2006
The book 'The colours of my life. Reminders' appears.