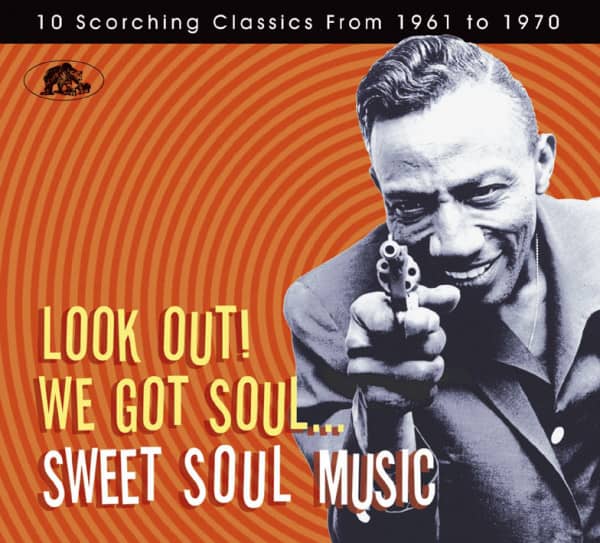 
Limited edition low budget sampler, the perfect introduction to our 'Sweet Soul Music' series! Ten fabulous soul tracks from 1961 to 1970, in chronological order. DigiPac with full-color booklet and photos. ' Here comes the eagerly anticipated sequel to our first five volumes of 'Sweet Soul Music,' as well as the highly acclaimed, award-winning R&B series 'Blowin' The Fuse.' This is ehe sound that influences musicians who weren't even born when it came out, like Amy Winehouse and Joss Stone! All the greatest and most influential soul hits of the 1960s, including some surprisingly hard-to-find selections! Every song is the original version. The ultimate soul collection spread across ten individual CDs! The soul-searing soundtrack to the 1960s! Massive, beautifully illustrated booklets with detailed notes, incredible vintage photos, and ephemera.

Hits' Too many to mention! Consult the track listing!

Very nice compilation disk for a very small price. I own allready quite a few soul compilation disks, but this one contains quite surprising tracks. Nice booklet. 5 stars out of 5. Edo, Doetinchem, NL