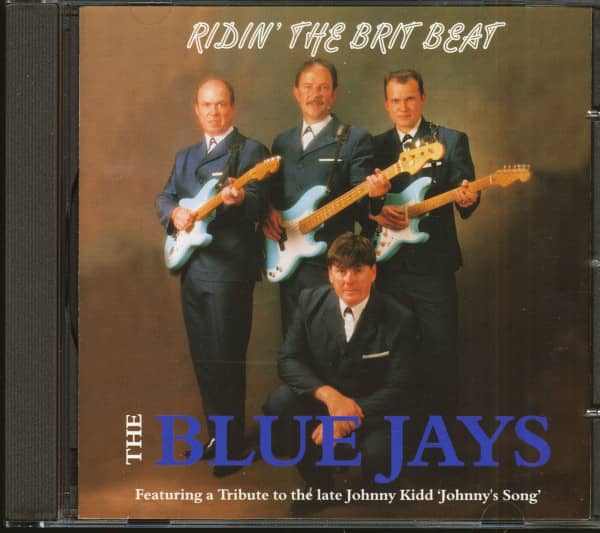 Even though he'd been a country and rockabilly artist on the Trumpet, Capitol, Columbia, and Savoy labels, Werly Fairburn had a soft spot for doo-wop after opening his Milestone Records in Glendora, California (outside of Los Angeles). He had a big hit with The Paradons' Diamonds And Pearls (it's on our 1959 edition), and in '61 he took a chance on The Blue Jays and their lead tenor, Leon Peels.

Born in 1936 in Newport, Arkansas, Peels moved to Venice, California at age 12. Influenced by locals Arthur Lee Maye, Jesse Belvin, and The Penguins, he graduated from Venice High in 1955 before coalescing with first tenor Van Earl Richardson, second tenor Alexander Manigo, and bass Leonard Davidson in 1958 at a playground. Peels and Manigo wrote a falsetto-soaked ballad, Lover's Island, while sitting on the beach near Venice Pier. Winning a talent contest at the Fox Venice Theater earned attention from Bumps Blackwell, Little Richard's ex-producer, but once Manigo met Fairburn and Werly dropped by the playground to hear the group, they were Milestone artists. That's when they adopted the name of The Blue Jays.

Fairburn brought the quartet to Bunny Robyn's Master Recorders on Fairfax Avenue in Hollywood to wax Lover's Island and its ebullient flip side You're Gonna Cry. Leon received featured credit when Werly pressed up the single. In August of '61, Lover's Island entered the pop charts, rising to #31. Since all their gigs were local, Peels kept his job as a cook at a Santa Monica drive-in. Good thing, since The Blue Jays' Milestone encores Tears Are Falling (a Peels composition) b/w Tree Tall Len (Manigo fronted this one about bass singer Davidson), out in late '61, Let's Make Love b/w Rock Rock Rock (both penned by Leon and Alex), The Right To Love (Werly wrote it), and their last Peels-penned single Venus My Love all stiffed.

Fairburn found a new partner in Madelon Baker and opened a new label, Whirlybird, that issued Peels' first solo 45, A Casual Kiss, in 1964. Neither that one nor A Magic Island revived his flagging fortunes. Leon died of cancer in 1999.