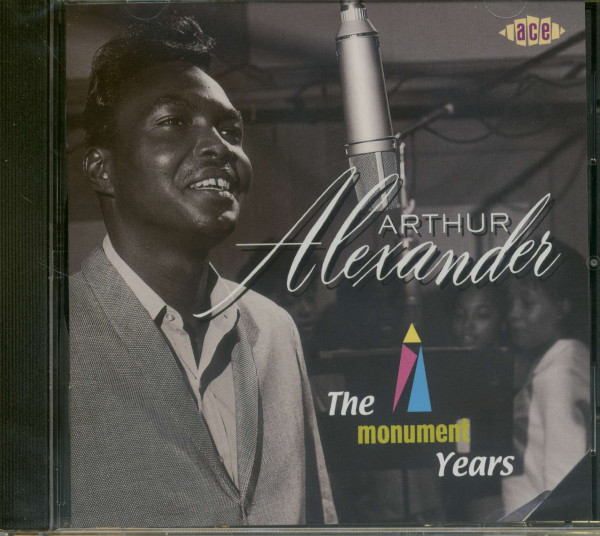 (1965-72 'Monument') (77:39/28)
28 long-lost treasures by the stylish country-soul artist whose songs were recorded by the Beatles and the Rolling Stones. These tracks come from the vaults of Nashville's Monument and Sound Stage 7 labels, and were recorded between 1965-1972.

When Ace issued the LP A Shot of Rhythm And Soul (later expanded to The Greatest, CDCHD 922), the first of several Arthur Alexander releases that began in the early 1980s, no one was more surprised than the singer himself. Having given up on the music business several years earlier, the Alabama-born Alexander was living in anonymity in Ohio, driving a bus for a social services agency. By re-issuing such Dot classics from the early 60s as You Better Move On and Anna (Go To Him) - covered by the Rolling Stones and Beatles respectively - the collection inspired legions of new fans (including this writer, who went on to pen the singer's biography) and reminded Alexander that his musical legacy would not be forgotten. That revelation ultimately helped the country-soul legend attempt a comeback in 1993, a few short months before he died in Nashville of heart failure.

For many fans, Alexander's recordings for Fred Foster's Monument and Sound Stage 7 labels from 1965 through 1969 retain the greatest mystery, having never been reissued on any format. Now, Ace throws open the vaults to this long-lost phase in Alexander's career with The Monument Years, 28 tracks that include all six of his singles for Fred Foster, along with a slew of previously unreleased material.

Graced with productions by Foster (the man who catapulted the careers of Roy Orbison and Kris Kristofferson) and arrangements by Bill ('Raunchy') Justis, Arthur expanded on his story-song format to deliver such straight-ahead pop-soul originals as (Baby) For You, Show Me The Road, and I Need You Baby. An interpreter of the highest calibre, he lent his smooth wounded baritone to an array of rock, pop, country and R&B covers by the likes of Neil Diamond, Dan Penn & Spooner Oldham, Joe South, Jerry Chesnut, and Joe Tex. Also featured are alternate versions of several sides cut for Monument's publishing arm, Combine Music, including Tony Joe White's The Migrant and Alexander's masterpiece In The Middle Of It All.

Alexander's years with Monument coincided with some of the darkest days of his life. Yet from the personal hell he endured, he was still able to shine in the studio. That not one of these tracks ever found their way to the charts is only one more disjointed piece in the puzzle of Alexander's life. There are some beautiful tracks here, some exhilarating and soul-filled performances that stand alongside his finest work. For long-time fans and those new to Alexander's abundant talents, The Monument Years will prove to be, indeed, monumental.

(Richard Younger is the liner note writer of this CD - and author of the highly recommended 'Get A Shot Of Rhythm & Blues: The Arthur Alexander Story', The University of Alabama Press)
'If the Beatles ever wanted a sound it was R&B. That was what we would listen to, what we used to like, and what we wanted to be like - Arthur Alexander.'
Paul McCartney

'Arthur was the reason we all made it. He had the first Muscle Shoals hit and it was he that showed us anything was possible.'
Dan Penn

'He was a great writer.'
Spooner Oldham

'I first heard the song 'Anna' on the first Beatles album and loved it. It was clear that Arthur was a strong influence on John Lennon's singing, not just in that song but in many others that the Beatles performed.'
Roger McGuinn 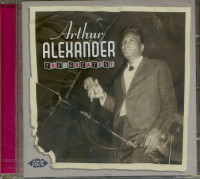