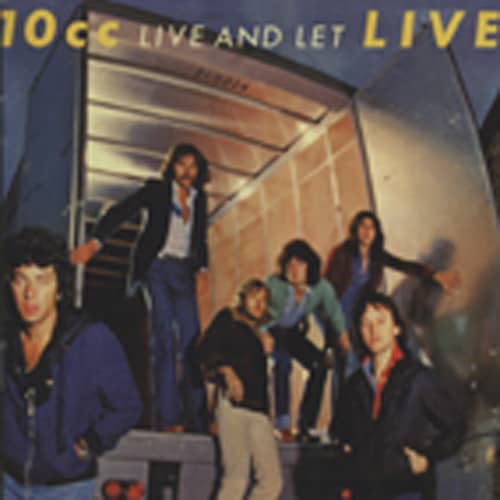 10cc, formed in Manchester, comprises Eric Stewart (vocals, guitar), Lol Creme (vocals; guitar) and Kevin Gogley (vocals, drums) who had played together as Hotlegs, a group which had a surprise British Top Five hit with 'Neanderthal Man' (Fontana) in 1970, and Graham Gouldman (vocals, bass), a successful songwriter of the Sixties who had written hits for the Yardbirds and Hollies among others. All from Manchester, the group were based at Strawberry Studios, where they recorded a series of self-produced hits on Jonathan King's UK label : 'Donna' (1972), 'Rubber Bullets', 'The Dean And I' (1973) and 'The Wall Street Shuffle' (1974), all of which showed total mastery of pre-vious rock styles, performed with a wit and polish that marked a new self-consciousness in British rock. All the members of the group write and produce equally. In 1975, after two equally fine albums, 10cc (1973) and Sheet Music (1974), they left UK for Mercury where they had a transatlantic hit with the ambitious The Original Soundtrack and the single from it, 'I'm Not In Love', a fra-gile ballad that epitomized both their inventive use of the studio as a musical instrument and their craftsmanlike atti-tude to song construction. Their second Mercury album, How Dare You (1976), which was even more ambitious, saw them less sure of themselves. None the less, it and its single, `Art For Art's Sake', were enormously successful.