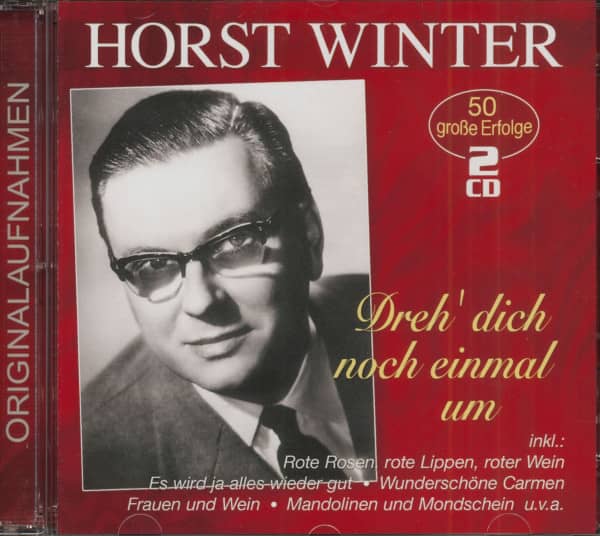 (MusicTales) 50 tracks
Horst Winter was born on 24.09.1914 in Beuthen, Upper Silesia.
He studied violin and clarinet in Berlin at the Hochschule für Musik. At first he played the clarinet in various orchestras, from 1941 he had his own orchestra with which he published numerous shellac records.
In 1946 he founded a dance orchestra in Vienna and got his first record contract.

Horst Winter now increasingly appeared as a vocal artist. In the 1950s he released a number of successful hit titles such as -Turn Around Again- with the Geller Quintet, -Women and Wine, -Wonderful Carmen- or -Spring in Texas- with the Sunshines.
With -It's going to be all right- he was able to place himself in the sales charts for the first time (1954, 15th place).

In 1961 he reached first place at the Chanson Festival in Monte Carlo with the title -Vogerl aus Wien-. As a composer, lyricist and singer of many hits and marches he proved great versatility.
He represented Austria seven times at international music festivals.
As Kapellmeister of the Original Hoch- und Deutschmeister he contributed a lot to the preservation of the Austrian traditional orchestra.