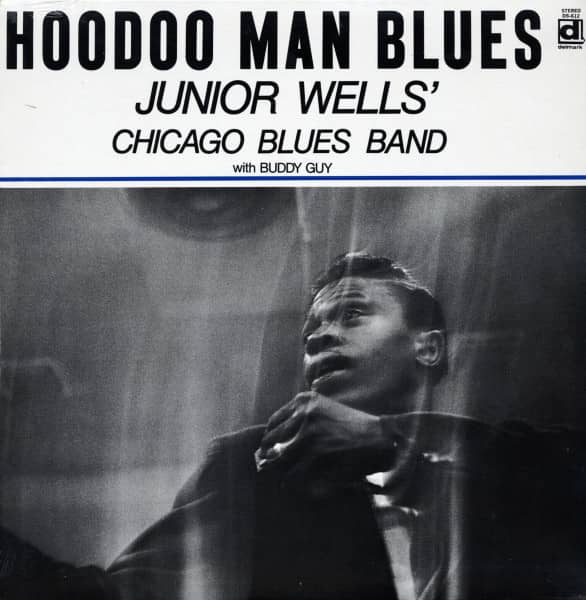 Strutting across the stage, cocksure like the blues' answer to James Brown, Junior Wells owned one of the most dynamic voices in Chicago blues. He was as confident belting brassy soul as he was doing lowdown blues, his wide-toned amplified harmonica excursions always compelling. Before joining forces with Buddy Guy, Junior teamed up with light-fingered guitar master Earl Hooker at Mel London's Chief and Profile Records. It was a match made in blues heaven

Amos Wells Blakemore was born December 9, 1934 in West Memphis, Arkansas. He found a kindred spirit while growing up on his family's farm. "His name was Junior Parker," said the late Wells. "We was raised up together, and he was playing the harmonica. I said to myself, if he could do it, I could too."  But the bright lights up north beckoned. "I came to Chicago in 1941," he said. "My mother, she was already in Chicago.

"When I got to Chicago, I met all the older musicians--blues singers, I should say--and they took up so much time with me. Like Muddy Waters, Big Maceo, Tampa Red, Johnny Jones, Sunnyland Slim, Big Bill Broonzy, the original Sonny Boy (John Lee Williamson), and the late Rice Miller. But the late Rice Miller was the thing that set my soul on fire with the harmonica." The fun-loving teen hooked up with guitar-wielding brothers Louis and David Myers in 1950; along with drummer Fred Below, they formed a band called the Aces.

"Me and the Aces, we go way back as kids," Wells said. "I was living at 22nd and Prairie, and they came over to some friends of theirs across the street at a house party. The people that had the house party came over and asked me to come over,” he said. “So I went over, and they asked me, do I want to sit in and jam with 'em? So we started to jamming, and it came out pretty good. Then after that, we decided maybe we would try to do some things together. We started doing house parties and stuff like that. The first little gig at a club we had, we went in there and did a thing there for three nights. We was making like $12. That's for the whole group."

Wells briefly joined Muddy Waters' combo in 1952, replacing Little Walter, before making his solo recording debut the next year with a romping Cut That Out for Leonard Allen's States label (he encored with his first version of Hoodoo Man). After four States singles in all and then a lengthy hiatus, Junior joined London's fledgling label setup in 1957, waxing Two-Headed Woman and I Could Cry for Chief. A '59 date for Profile resulted in the national hit Little By Little (I'm Losing You).

"Mel London and Willie Dixon was the ones that was doing the singing on it. They're backing me up. I thought it was a tremendous thing, because I didn't think it was hittin' on too much when we first started off to doin' it," said Junior. "But after I listened to it when they played it back to me, it was great."

A talented composer, savvy producer, and commercially astute label boss, the Mississippi-born London wrote Wells' sassy signature song Messin' With The Kid, cut October 17, 1960 at Chicago's Universal Recording. Its killer instrumental hook, inserted at the end of most choruses, was played by impeccable lead guitarist Earl Hooker. He was joined in the band by saxists Jarrett Gibson and Donald Hankins, pianist Johnny 'Big Moose' Walker, bassist Jack Myers, and drummer Fred Below (Wells left his harp in his pocket). Hooker did a sublime instrumental version, Rockin' With The Kid, the following year for London's Age imprint. 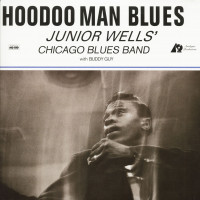 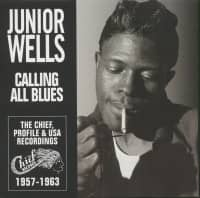 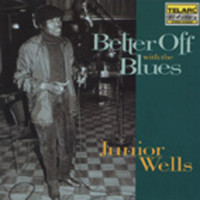 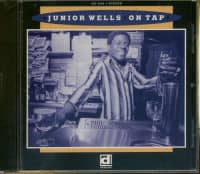