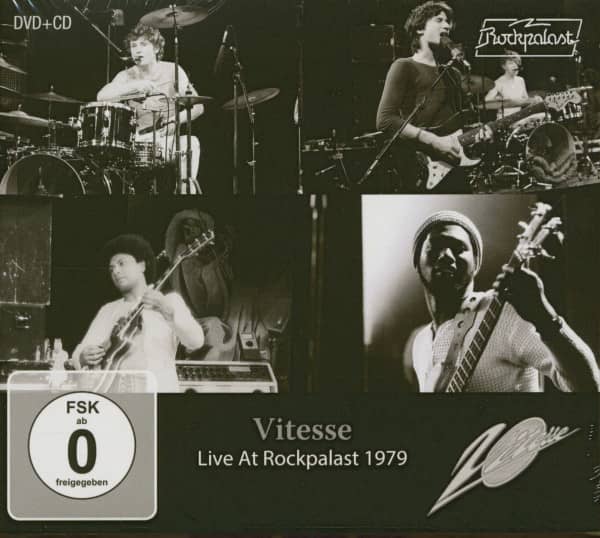 P Secure bonuspoints now
Description Review 0
Description
​(Made in Germany) 24 tracks Vitesse was founded in 1975 in Amsterdam, and one of its first... more
Close menu

​(Made in Germany) 24 tracks
Vitesse was founded in 1975 in Amsterdam, and one of its first members was Herman Brood.

In the WDR television studio L in Cologne, however, the chemistry was still right between Boeyen and van der Meij, they shared the lead vocals, with the guitarist mainly responsible for the higher ranges.
A groovy mixture of Rock, Pop, New Wave with Jazz and Latin touches tuned the quartet in the then 24 played songs from the until then three released albums "Vitesse" (1975), "Rendez-vous" (1976) and "Out In The Country" (1978).

"The release of "Live At Rockpalast" comes at just the right time, because in the Netherlands, as in Germany, you can see a newly awakened interest in Vitesse, because many people want to get back to the acts of the 60s & 70s with which they grew up".