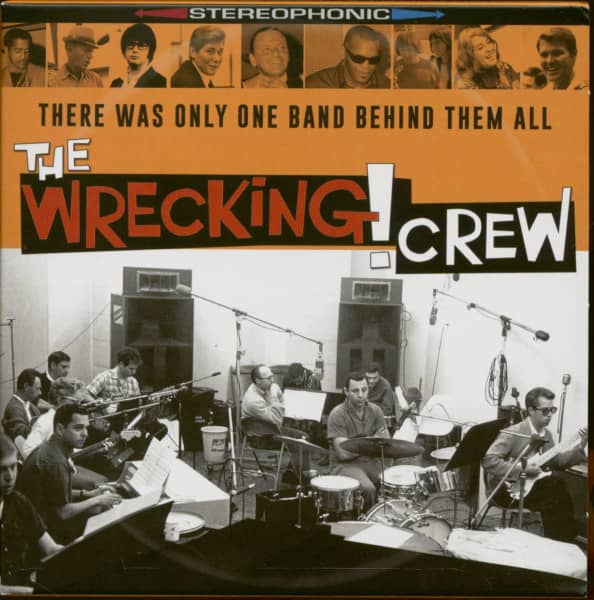 Deluxe 4 CD box set with many of the greatest hits on which the Wrecking Crew played for numerous artists and bands including The Beach Boys, The Monkees, The Mamas & The Papas, The Byrds, Jan & Dean, Righteous Brothers, Herb Albert, Ray Charles, Sonny & Cher, Seals and Crofts and dozens more.

The CDs are filled with hits and interviews on the songs and CD #4 is called The Crew Cuts and contains songs the musicians have released under their own name. The Wrecking Crew was the "house" band for West Coast Pop / Rock hits from the USA in the mid 60s. The combined power of these studio giants produced countless hits, which contributed to single and album sales in the tens of millions.