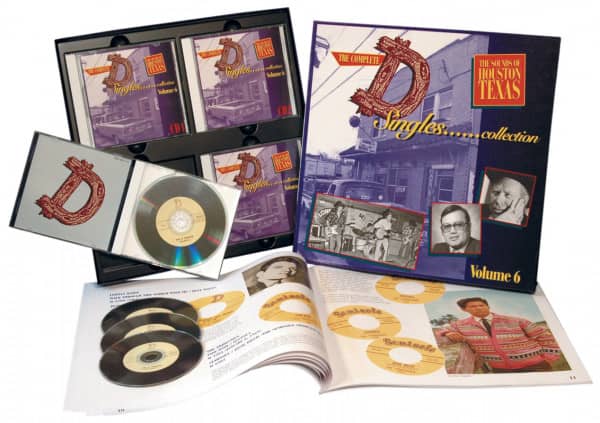 'The Complete D Singles', Volume Six, continues Bear Family's chronological reissue of every single issued on Pappy Daily's famed, Houston-based D Records, picking up where Volume Five left off in the Fall of 1965 to the last issue in 1980. The times they might have been changin', but the focus at 'D' Records remained squarely on the fabulous east Texas honky tonk sound. This final volume includes the only release of all of country superstar George Strait's 'D' singles, plus some unissued recordings. The legend begins here with Strait's soon-to-be-classic honky tonk sound. We also hear the father of country superstar Mark Chesnutt, as well as honky tonk legends like Floyd Tillman and Eddie Noack. A spectacular finale to an incredible series! This set includes a 40-page book by Kevin Coffey, with many previously unpublished photos.