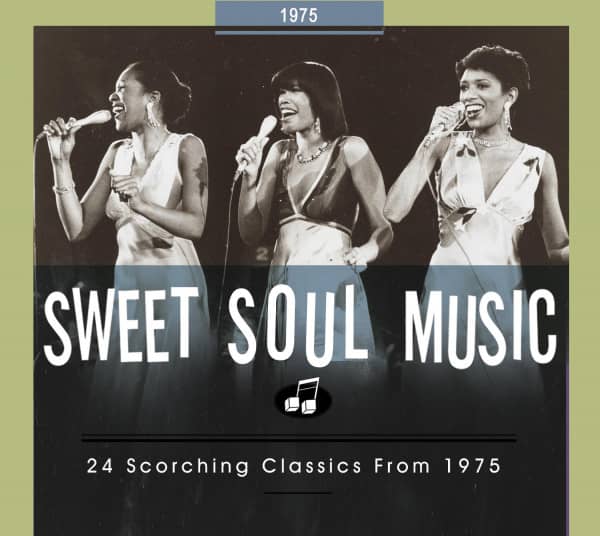 • The eagerly anticipated finale to Bear Family's earlier ‘Sweet Soul Music’ volumes, and the award-winning 'Blowin' The Fuse' R&B series.
• Taken together, these classic series tell the story of R&B-Soul-Funk from 1945-1975, year-by-year, song-by-song. These are the records that made a difference. A HUGE difference!
• This is the sound that still influences today’s R&B and Soul and Rap, plus musicians like Amy Winehouse and Janelle Monae and revivalists like James Hunter, who weren’t even born when these records came out!
• All the greatest and most influential soul-funk hits of the early 1970s, including some surprisingly hard-to-find selections! Every song is the original version, painstakingly remastered for finest sound!
• Massive, beautifully illustrated booklets with detailed notes, incredible vintage photos, and ephemera.
• But, sadly, the story ends here. The last track, Boogie Fever, heralds the dawn of Disco.

As Soul morphed into Funk, it became the soundtrack to a social and musical revolution. The riveting story of the 1960s in Soul music was told in full for the first time on Bear Family's earlier 'Sweet Soul Music' volumes. Now the story continues to our conclusion in 1975. Some record companies have compiled anthologies from their own vaults, but Bear Family has gone the extra mile... and then some, licensing classic recordings from EVERY record label at the epicenter of ‘70s soul and funk to arrive at the ultimate collection of greatest hits and finest performances from the era’s biggest stars and neglected heroes.

The final five volumes, available now, cover the years 1971-1975. The music was changing rapidly thanks to Motown, Stax, Muscle Shoals, and the funk revolution, led by James Brown and Sly & The Family Stone. The messages at the heart of the music were often as powerful and incendiary as the grooves themselves. Bill Dahl’s track-by-track commentary provides extensive biographical info on every artist on every disc.

Hits? W-A-Y too many to mention! Consult the track listing!

thanks for continuing 'Sweet Soul Music' up to 1975!

Rounding everything off, we have those superb accompanying booklets.
Soul Basement March 14