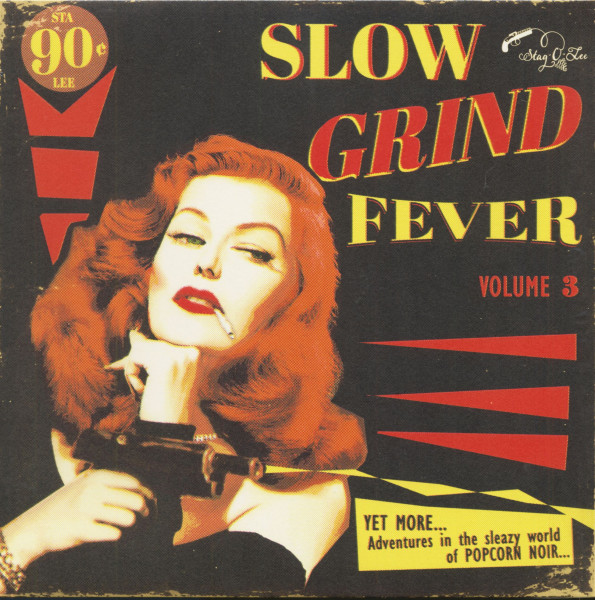 Musically it is mainly about the 50s Rhythm`n´Blues and its development to soul, whereby the transition phase is now called New Breed. The term popcorn also appears more and more frequently to describe a certain, slightly melancholic and midtempo grooving sound. A genre that was actually formed by Belgian DJ's and named after a discotheque called Popcorn and is seen as a counterpart to the Northern Soul phenomenon (where tempo is one of the most important characteristics).
Slow Grind Fever, the monthly parties in Australia. The accompanying Soundcloud mixes are filled to the brim with rarities, compiled by obsessive collectors, but also plenty of songs that a leisure DJ has always sorted out for lack of speed. Slowly yes, but also grinding and grooving - that went so well together that the Stag-O-Lee boss could inspire the party-maker from Melbourne directly to a new series, which carries the name of the Australian club night - Slow Grind Fever!