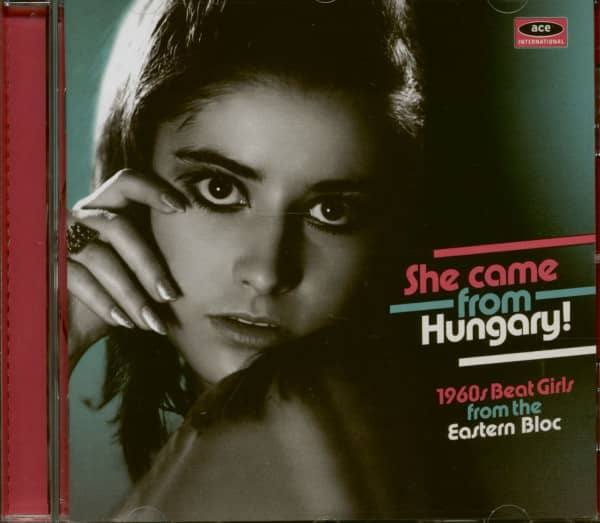 Various: She Came From Hungary! - 1960s Beat Girls From The Eastern Bloc (CD)

In recent years, Ace Records has released a successful series of compilations featuring 1960s girl pop recordings from Japan, France, Italy, Sweden and Spain. This CD travels to Hungary, a country whose young female singers performed the beats as boldly and audaciously as their male counterparts.

From 1966 to 1971, the collection includes lively freakbeat, folk rock, funky pop and more from 14 of Hungary's most important music stars, with music accompanied by some of the country's leading beat groups. Highlights are the freakbeat masterpiece Ez Az Utolsó Randevúnk' by Éva Nagy with burning guitar work by the band Liversing, the keyboards and the brass driven Fekete Beat' by Sarolta Zalatnay with the group Metro, Kati Kovács' great organ dancer Hazudik A Drága", the folk rock taste Keresem A Szót" by Zsuzsa Koncz and Clementina Magay's anti-war message Song Nem Én Döntöm El A Háborúk Idejét".

Contains an illustrated 7,000-word note of the compilers Mick Patrick and Matt Meek.