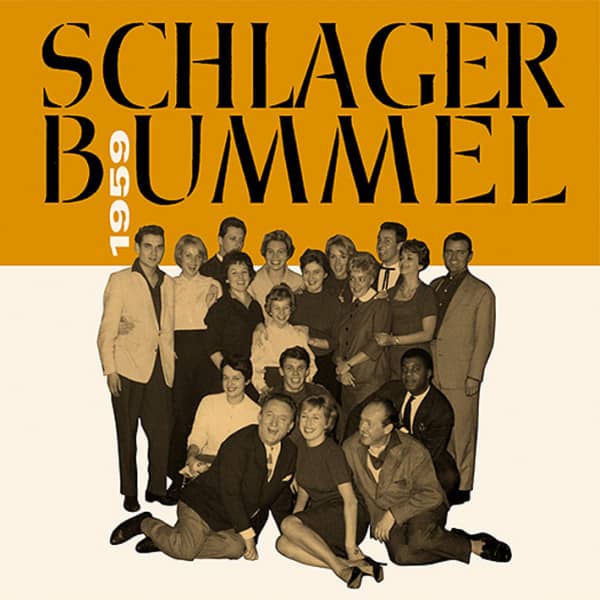 1-CD with 36 pages booklet, 26 single titles. Playing time approx. 74 minutes.
The German hit of the 50s and early 60s lived not least through the direct contact of important artists to their audience. Pop parades in large and largest halls and halls, elaborately designed'colourful evenings', nationwide tours with stars in the community programme brought artists and fans closer together.
Sadly, but true: There are almost no live audio documents from that time. Officially such hit evenings were not recorded on tape, few scattered television recordings were mostly thoughtlessly deleted or only saved as lean snippets into the present.
That's why this CD is a sensation!
The live recording of the'Schlagerbummel 1959' from the Cologne exhibition hall in November 1959 was found by chance. Popular soloists like Peter Kraus, Ted Herold, Lolita are gathered here,
Dany Mann as well as the orchestra Max Greger and many others. With hits like Kitty Kat, The White Moon of Maratonga or Alle Tage Liebe they captivated their loyal and enthusiastic fans.
Even for those who could not be there 40 years ago now, the fascination of those hours is still alive here. A rare piece of sounding pop history, enriched with exclusive photo material in the accompanying booklet, is made available to all friends of that music for the first time.
This limited edition contains a reprint of the original program with original autographs of almost all artists involved in the tour.