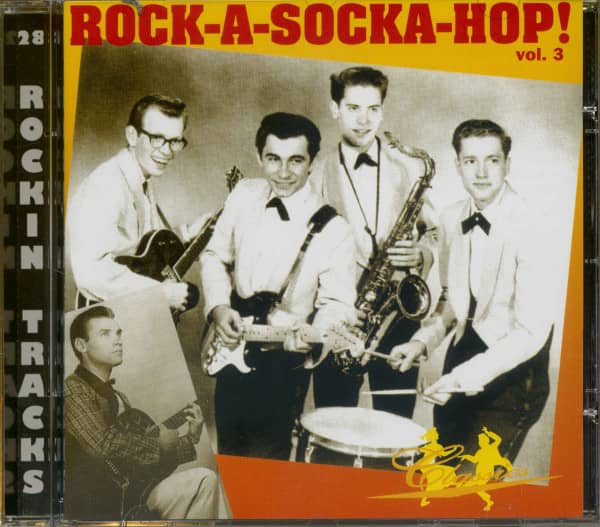 Rock 'n' roll launched it self on the world in the mid-fifties from the depths of America. It encountered fierce resistance as this bastard offspring of honky tonk and rhythm & blues screamed out it's warning siren that music was about to chan-ge for all time.

The sounds of crooners smirking into the microphone and urging all to "smack the baby on the bum bum and see him laugh' were banished as the sala-cious big beat shook the world with a spontaneous earthquake - and indeed the aftershocks are still being felt fifty years on. Such has been the popular demand for volumes 1 and 2 of "Rock-A-Socka Hop" that it was inevitable that we just simply had to issue a further compilation.

Get ready to enjoy twenty eight tracks of rock 'n' roll delight, the sort of music that was so heartily denounced by the Establishment but which still sounds so vibrant today.
Grab your partner and rock!