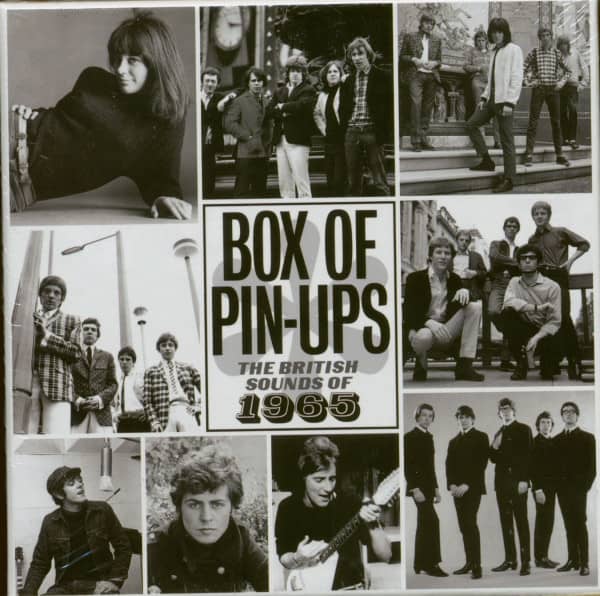 In 1965, the beat/R&B revolution of the previous two years was clothed in new, more ambitious forms as British pop reached a shattering crescendo of sound, with feedback, fuzzboxes and (in Graham Bond's case) the Mellotron adding to the sonic mix.

With 92 tracks, Box Of Pin-Ups includes both the market leaders and the heroes and nowhere men of the year. Established top ten acts like Manfred Mann, The Hollies and The Yardbirds are joined by cult names and such glorious unknowns as Glenn Athens & The Trojans and Irish band The Spectres, both legally available on CD for the first time. Presented in an eye-catching gatefold box that includes a 48-page booklet of rare facts and photos, Box Of Pin-Ups also features formative contributions from young hopefuls Elton John, Jimmy Page, Rod Stewart and Marc Bolan, all of whom would later shed their status as minor players on the mid-'60s London club scene and become pin-ups in their own right.