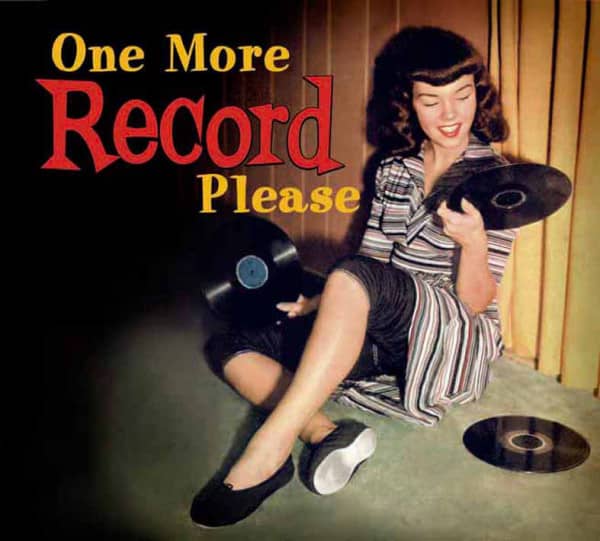 1-CD-Album DigiPac (4-plated) with 54-page booklet, 25 tracks, playing time 66:55 minutes.
It’s hard to imagine, but before another generation goes by, the subject matter of this collection will pass into history. Songs about phonograph records. Making them, buying them, playing them and measuring the stages of our lives by them. These are the topics of the songs on this collection.
Records were part of our lives. Everyone bought them. Some of us brought them to parties or listened to them with our friends. Others listened to records alone, drawing the power of the music into our personal lives. Many of us played the jukebox or listened nightly as disc jockeys played the hits of the day. We even wrote or phoned the radio station to request our favorite songs. A few of those disc jockeys made their own preferences known when they tried to save the world from rock 'n' roll; they made news by breaking records over the air rather than playing them.
For us, records were more than disposable pieces of popular culture. We sought out records and collected them. A thin piece of shellac or vinyl became a source of pleasure or excitement. The mere act of finding or owning a record became a matter of pride. Gradually, phonograph records became more than the music that was stamped on to them. The look of the labels, themselves, became additional sources of pleasure. A Sun 78 with that wonderful rooster who didn’t make it onto the 45s. An early buff-colored Bluebird label.
The quest for records meant more than a trip to our neighborhood record store. For many of us it meant visits to yard sales and flea markets. Vacations were planned around record hunting trips. A rare find meant bragging rights. Not just about the music – but about the records.
The songs on this collection celebrate the world of phonograph records across five decades of country and rockabilly music. It was a world we took for granted while it was here, and one that is disappearing before our eyes. The changes have happened very quickly. Technology won't stand still.
And now we have arrived at a generation of people who barely know what a record is. Music is no longer something you buy. It is something you download. It's become a lot more efficient in terms of storage but it's also become a lot less romantic in the process. That's what is being lost with the cold march of technology. Many of us remember the first 78 we bought. The first 45. The first LP. Will today's teenagers talk as fondly about the first MP3 they ever downloaded?
Every individual involved in the production of this collection and everyone who buys this disc is part of a family. We may grow smaller in number and older each year but we are still a visible minority. Just by owning and playing this record (CD) we celebrate the values and experiences we share. We help to keep them alive.