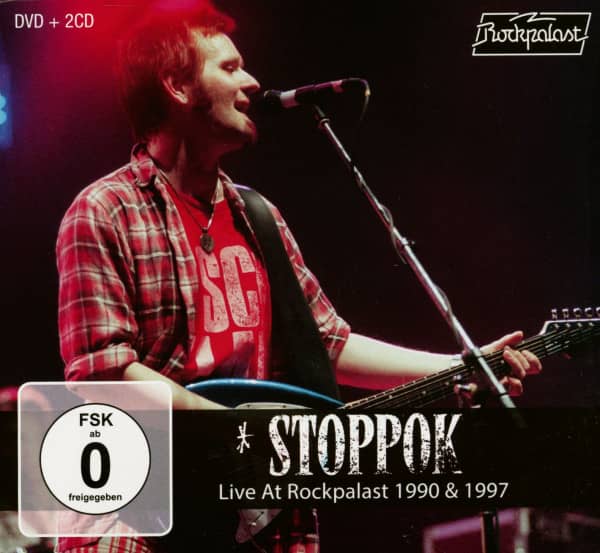 Lucky not to have a hit
Stoppok is honest, solid, down-to-earth, unadjusted, uncomfortable. STOPPOK is for the fans. Here you know what you have and what you get. "They asked - and we were just well-recorded," says Stefan Stoppok confidently, if you address him to the second Rockpalast from 1997 from the Cologne E-Werk. "It is the only concert in the last 40 years where I had short hair - a historical document," he adds. STOPPOK also has a sense of humour. After all, he is the proud winner of the German Cabaret Award 2015 in the category "Chanson/Lied/Musik". And the document is also true on another level, because here STOPPOK shows himself at his peak of success in this decade, shortly after "Dumpfbacke" was at least a small hit.

In contrast to 1990 - a performance where everything was still intimate and very close - the band were now able to give the big rock theatre, turn up the controls to the limit and leave plenty of room to play out the talents of every musician. But even at his first Rockpalast concert seven years earlier, you notice that he started out as a street musician, because he knows no fear of the audience. His songs come along with a lot of wit, without ever running the risk of drifting into Klamauk. He is not a preacher, not a teacher, but an observer and a gifted and sensitive narrator. He behaves on a stage as if it were his living room and the audience were only visitors. A host and entertaining entertainer at the same time, holding a nonchalant court but never leaving any doubt as to who the master of the house is.