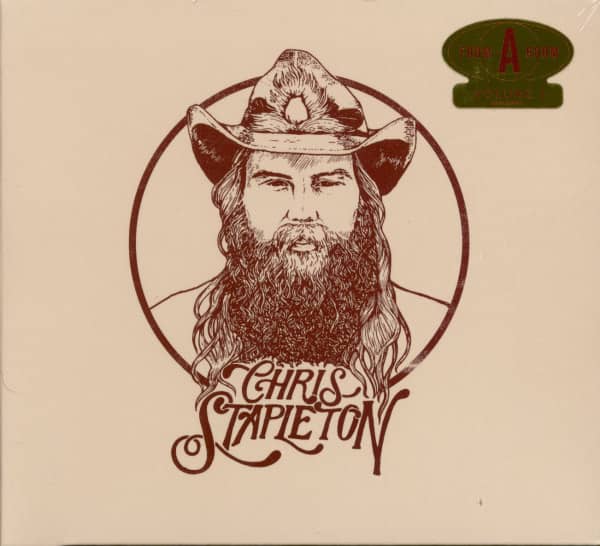 (2017/Mercury Nashville) 9 tracks - digisleeve.
-
The highly anticipated full-length album from the country music singer/songwriter is the first new music from Stapleton since 2015's breakthrough double platinum solo debut Traveller and will be followed by From A Room: Volume 2 coming later this year. The album takes it's name from Nashville s historic RCA Studio A, where it was recorded during the winter of 2016-17. Once again produced by Grammy Award-winning producer Dave Cobb, Volume 1 features eight original songs as well as a rendition of "Last Thing I Needed, First Thing This Morning," written by Gary P. Nunn and Donna Sioux Farar and made famous by Willie Nelson. Other highlights include "Second One To Know". In addition to Stapleton on vocals and guitar and Cobb on acoustic guitar, the album features Morgane Stapleton on harmony vocals as well as longtime band-members J.T. Cure on bass and Derek Mixon on drums and musicians Mickey Raphael on harmonica, Robby Turner pedal steel and Mike Webb on keys.