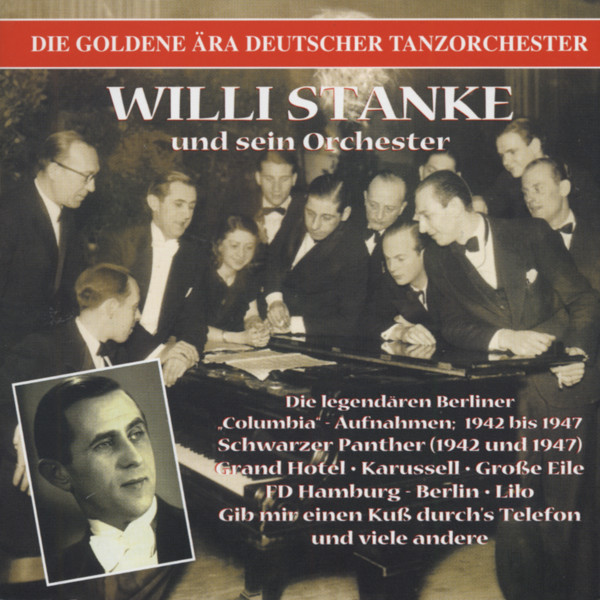 Swing friends of the older and younger generation get brilliant eyes when the name Willi Stanke sounds somewhere. The older ones, because they were lucky enough to hear his big band consisting of more than 15 musicians live, the younger ones, because they have from an old record just the 'Black Panther' in the ear, which has become his 'trademark'.
Wlli Stanke was born on November 5, 1907 in Silesia. At the age of seven, he already played the violin, and at the age of twenty he enrolled in the well-known Stern Conservatory, which was well known far beyond Berlin's borders.

At this prestigious institute, which has produced many world-famous artists, he perfected his violin playing in the master class of Professor Petschnikoff. This study was supplemented by a sound education in music theory and harmony as well as an intensive Kapellmeister studies with Wilhelm Groß. The first commitment after graduation was not long in coming. Willi Stanke became a violinist in the Berlin UFASinfonieorchester. Here he discovered his love for light music. In 1935, at the age of 28, he founded his first own orchestra and henceforth devoted himself only to light muse.

Several times he was engaged with his orchestra in the Berlin 'Eden'Hotel and in the' Excelsior '. With the unforgettable 'Chilean nightingale' Rosita Serrano he gave concerts, among others in the Berlin Philharmonic, and in 1942 he finally received an exclusive contract from the record company 'Columbia'. This was the first recording of the 'Black Panther' out. This hot Swing number modeled after the well-known and then banned 'TigerRag' had become Stanke's signature tune in the meantime. No concert of the orchestra without the 'Black Panther'! Soon word got around that Willi Stanke was one of Germany's 'hottest' bands, an orchestra with very first soloists, who was constantly in danger of being teased by the Reichsmusikkammer.

At Willi Stanke everything was heard, which was popular with the swing enthusiastic youth, but unfortunately was banned because of mad bans on the 'NSKulturwächter'. Also the record with the 'Black Panther' had to be released from ...