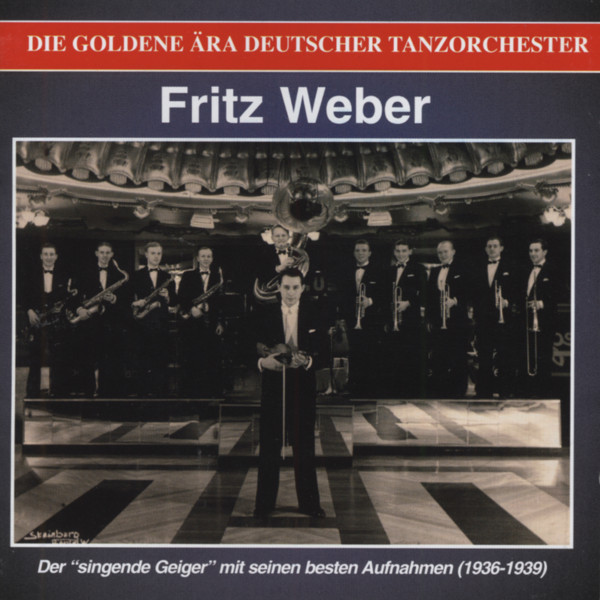 What does a Kapellmeister like Fritz Weber have to do with the Cologne Carnival? Very easily! If you go to the so-called '5. Season 'into the stronghold of Rhenish cheerfulness, then it sounds almost from every pub, and the radio dudelt the hit up and down:' Oh, if only I would be a handsome prince in the carnival. ' Every Jeck am Rhein knows this carnival hymn, but hardly anyone knows that the composer was one of the most popular dance band masters in Germany around 70 years ago, one who had a very special liking for swing and 'hot rhythms'. 'The singing violinist', Fritz Weber was born on January 24, 1909 in Cologne, studied music in his hometown and dedicated himself from 1929 to the entertainment music.

His first appearance is in the 'Rheinpavillion' in Cologne Rodenkirchen. As early as 1931, the orchestra consisted of 15 musicians, with whom Weber organizes its own jazz concerts at the SkalaTheater in the Kölner Herzogstrasse, which are praised by the local press. He quickly makes a name for himself and receives requests for guest performances from the entire West German region: Recklinghausen (1931), Essen and Dortmund (1932), Dusseldorf (1933) and, of course, his hometown Cologne, where he has been working in the most prestigious establishments since 1932. as the well-known CharlottCherie occurs.
But the role of the successful local hero is not enough for the ambitious young bandmaster. Fritz Weber understands skilful publicity, advertises in well-known music sheets such as 'The Artist' and soon receives lucrative offers.

In May 1934 he plays in Wernigerode in the Harz region, from June to August in Magdeburg and in September he succeeds in Berlin. Weber makes his debut in the capital in the popular KakaduBar on the Kurfürstendamm, and only five months later he succeeds in the 'mirror hall' of the EuropaHaus. This event is worth even a message to the English journal 'Melody Maker'. Under the heading 'German provincial comes to conquer in Berlin', the magazine reports that the young Kapellmeister, who was previously known only in the province, is preparing to conquer Berlin. In the Hall of Mirrors, Weber gives a guest performance with a ten-man orchestra. He himself plays violin, trumpet and provides the atmospheric vocals. According to newspaper reports, other members of the orchestra include Hans Berry as first trumpeter, Willi Schneider (second trumpet), Lutz Flügel (saxophone and clarinet), Georg Schein (piano) and Hans Müller, drums. In later years, Lubo D'Orio should take over the lead of the saxophone movement.

In the further course extensive engagements take place in the best houses of Hamburg and Dresden. Weber undoubtedly comes first with his orchestra at this time among the young up-and-coming artists. So it is not surprising that in 1936 he announces himself for the first choral competition advertised by the German broadcasting service and from the beginning is regarded as a big favorite. Even the established radio magazines do not hesitate to proclaim him on the title pages as the coming winner of the competition. Much to the astonishment of the trade press Weber occupies only the third place in the end. First place goes to the forgotten chapel Willy Burkart from Bad Homburg, second place goes to Walter Raatzke from Potsdam.

Behind closed doors one knows the reasons: The two Erstplatzierten are NSDAPMembers, Weber, however, has no party book and continues to think not continue to be stretched before the political carts. Qualitatively, the Fritz Weber Orchestra is superior to all its competitors ...