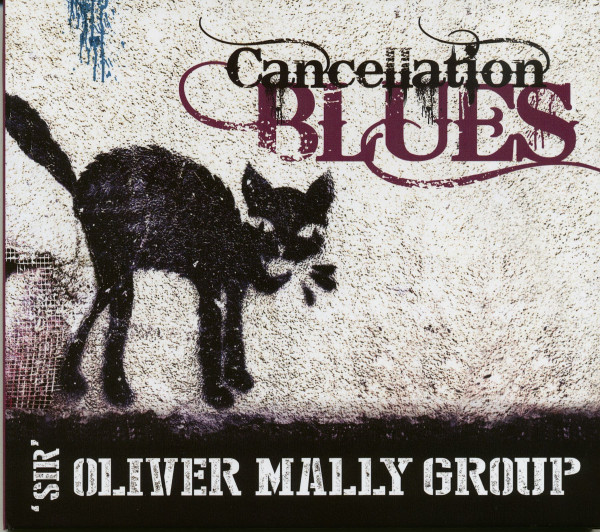 (Blind Rope) 11 tracks
The good man is a self-confessed workaholic. While he's concentrating on the album he's recording, his creative spirits have planted at least two other projects in his soul that need to be implemented immediately. Or, as Warren Zevon once put it on paper: 'I'll sleep when I'm dead'.

Whether solo or in a variety of formations devised by him, 'Sir' Oliver Mally delivers a level of quality that leaves the competition - if there is any at all - in the dust. What superlatives should one ascribe to this artist? So let's not even try 'Cancellation Blues'. The place would never suffice.

Almost a year to the day after Oliver Mally's first record 'Tryin' To Get By' was released on Blind Rope Records, he is already laying the follow-up on the table. Joining the 'Sir' Oliver Mally Group with Alex Meik, Peter Lenz and Hubert Hofherr this time are Stimulators boss Peter Schneider on guitar, Martin Gasselsberger on the keys and - once again - Ian Siegal, who on two songs turns into the formidable, vocalistic duet with the 'Sir'. 'Cancellation Blues' indeed digs deep into 12-bar territory, with little detours into the dominions of funk, jazz and singer/songwriter. This, however, extremely carefully.

In any case, lets Oliver Mally doesn't lack any urgency, so he often reduces it to increase the tension even more and gives his fellow players plenty of room to add their own accents to the songs. As usual, he relies primarily on his own material, but also impresses with unusual cover versions. (Too) many have already misappropriated Bob Dylan's 'Like A Rolling Stone', in the truest sense of the word. But Mally and his men conjure up a grater-heavy version that simply electrifies in its casual serenity – underlaid with a wonderful slide.

The other tracks are in no way inferior. 'I'm on the way' sings Mally in the opener. And he has been for decades now. Along the way, he reveals a stylistic, highly emotional versatility that has a mutability rarely heard in this genre.