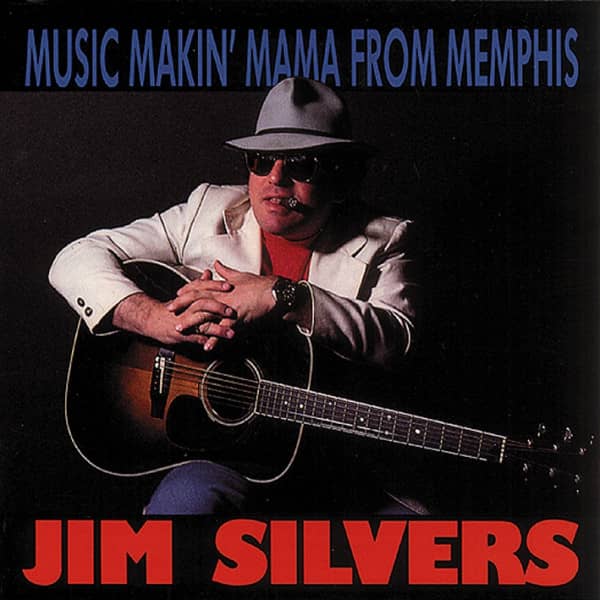 A relative of King Records' boss Syd Nathan, Jim Silvers has been making his unique blend of country, rockabilly, and folk with Shel Silverstein-type humor for years. With stripped-down backing and irrepressible energy Jim tackles songs like Cannonball Yodel, Paul's Saloon, I Wanna See Las Vegas, Cash On The Barrelhead, I Ate The Whole Damn Hog, Waltz Across Texas and 18 others.

Learn more about Jim Silvers
Jim Silvers This may well be one of the most interesting stories in the history of the... more
Close menu
"Jim Silvers" 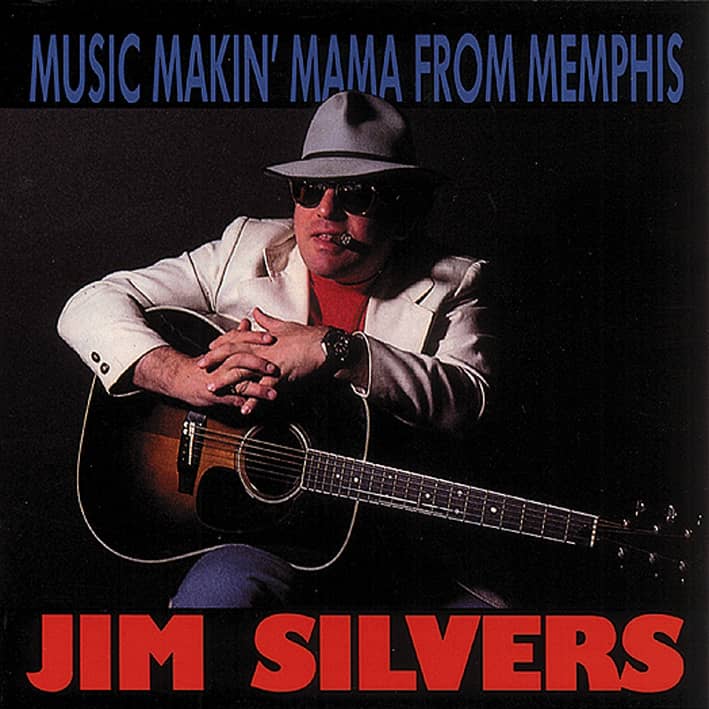 This may well be one of the most interesting stories in the history of the modern country music industry. It's about an uncommon guy named Jim Sil-vers who grew up in the '40s in Chicago, came from a show business-related entrepreneurial family, loved hillbilly music from an early age and eventual-ly forged a friendship with Neil Diamond's guitar player, with whom he recorded two albums of innovative and exciting country music in the late `70s and early '80s. In the intervening years, however, the boy from Chicago went to acting school, was a publicist for Universal Pictures off and on for nine years in the '50s and early '60s, studied opera, was both a professional motorcycle racer and a certified livestock auctioneer, worked as a por-nographic film photographer for nearly six years in Los Angeles, then moved to Nashville to shoot pictures of the Grand Ole Opry and the stars of country music. There, once again, his life took an unexpected turn.
"Accidentally one night in the basement of the old Anchor Motel in Nash-ville, 1 wrote a song," recalls Silvers, "and when I found out I could actually write a song it changed everything quite a bit."

In 1957, at the age of eighteen, Jim Silvers went to New York to work as a press agent for Universal Pictures out of New York. He traveled and dined with some of the biggest stars in the business-Peter Ustinov, TonS, Curtis, Burgess Meredith, Carl Reiner, Charlton Heston and Jeff Chandler, to name a few. He did what the industry calls 'general exploitation.' His first assign-ment was to handle the record promotion for the movie 'Tammy'. How did he manage to land such a glamorous job at such a young age? "I was just a brilliant kid," he explains. "1'd been thrown out of two colleges, I was com-pletely out of control and I wanted to be a veterinarian. Of course, it did help that my cousin was chairman of the board, my uncle was the mid-West publicity director, my other cousin was vice-president of the company, and my other cousin was studio manager."

Silvers' association with Universal, which lasted until the mid-'60s, was in-terrupted a number of times as new interests and opportunities continually presented themselves. In 1960, for example, he enrolled in the Art Institute of Chicago's acting school. That led to a season of summer stock in Minnesota and a friendship with a fellow company member who was "insane about opera." Upon returning to Chicago, Silvers decided to take himself to the opera and, in the middle of a scene from 'Aida,' decided to become an opera singer.
"There was one scene in 'Aida,' " he says, "where they carry the tenor in, and you've got the orchestra, the corps of ballet, the chorus, altogether maybe 400 people, and they're all praising this tenor and he just stands there and doesn't sing a note. l' d just finished a season of stock and I said to myself, 'Iley, this is great! I'm a tenor, I have a high range. I wouldn't even have to sing a note in this scene and they'd blow trumpets and holler at me. I'm gonna become a damn opera singer!'

It quickly became obvious, however, that opera is an extremely difficult thing to do, "comparable in a lot of ways to a triathelete or anything like that." After a year and half, Jim was ready to move on. "One day I'm stand-ing in my teacher's studio, and I said to myself, 'I don't like this guy anymore' . I don't know what it was, but I took myself to Kansas City, where I was going to pick up a new motorcycle for racing because at that time I had started flat-tracking [done mostly at county fairs-racing on oval dirt tracks-now given way to speedway racing] . So, since the motorcycle I wanted was waiting for me in Kansas City and since I had really always wanted to be a cowboy, I ended up going to the Missouri Auction School for two weeks while the motorcycle was being prepared for me. Then I loaded it on my truck and went back to Chicago-and never went back to the studio again as far as studying opera. I finished out the year racing a bit and then I went to Colorado and started working as an auctioneer.

"I worked for a number of livestock commissions in Colorado then, the day after Kennedy died, I just packed up my jeep and drove to California. It' s not that I was even too fond of Kennedy. l' m not a liberal, l' m not even a Democrat, but it was just one of those things. Maybe I was looking for an excuse to get out of Colorado.
"I had an experience in Nashville that was really kinda surreal. I was there in the early '70s working as a photographer, shooting the Grand Ole Opry and trying to hustle my pictures. I remember I worked for Ralph Emery and! shot Sammie Smith just before the release of 'Help Me Make It Through The Night.' George Gruhn' s guitar store used to be on 4th Street, right next to a porno theater. So I' m shooting for the Opry and l' m trying to sell pictures to these guys, and next door for something like six or seven months every single movie they showed in that porno house was one that I had shot. That blew me away. That's what I had been doing all those years in California. I was a film photographer, a still photographer, and we provided production services. I shot a lot of layouts - we put out seven magazines a month, and we shot be-tween two and three films a week. I shot John Holmes' first film in LA."
Silvers burned out in the photography business after about six years. He found that once he had begun to remember people's names and like them as people, he couldn't photograph them anymore. "Even though this is what they were doing for a living I said that I wasn't going to do this to people. Sometimes it takes a long time for knowledge to filter through. So I quit cold turkey. I saw that as long as I was doing that, I couldn't have a life. What I realized about pornography was that I couldn't look at my kids-if I ever had any-and say this is what I did with my life."

It was in 1969 or '70 when Silvers first came to Nashville, but his love for hillbilly music went back to his childhood. His uncle's brother was Syd Nathan, the entrepreneurial wildcat pioneer of King Records so, as a kid in Chicago, besides listening to Hank Williams, Reno & Smiley, Webb Pierce and Johnnie & Jack on the radio ("back when there wasn't any singer who came on that I didn't know within five seconds who it was-back when hillbilly music was hillbilly music"), he had free access to the King collection of original and authentic country music. While attending school in the small town of Marshall, Missouri (population 15,000) in 1956, Jim had his own gospel radio program and was also called upon to perform gospel and country music at all the community affairs. His ex-wife used to tell him that when he sang gospel, he made Billy Graham sound like a heathen. He had become familiar with gospel music while sing-ing in an Episcopal choir at military school. "One of the things I always liked about country music is that at the end of the shows people would stay around and sign autographs and let you take pic-tures," Silvers says. "I' d be shooting the Wilburn Brothers show for instance and Loretta Lynn would be out there shaking hands with everybody who walked in the door to see the show. Once I saw Dolly Parton and Porter Wagoner at Berkeley. After the show, the whole bunch sat up at their tables to sign autographs. There must have been two rows of people who were blind in the audience and Dolly walked down there and led all those blind people up and introduced each one of them individually to Porter and all the band. That was when country music had soul." Silvers had made a lot of money in Los Angeles as a photographer, but Nash-ville was far less sophisticated at that time. Fifty dollars for a Music City photo session such as the signing of an important contract was standard com-pensation, so Jim found it necessary to move back to L.A. His brief stay in ...