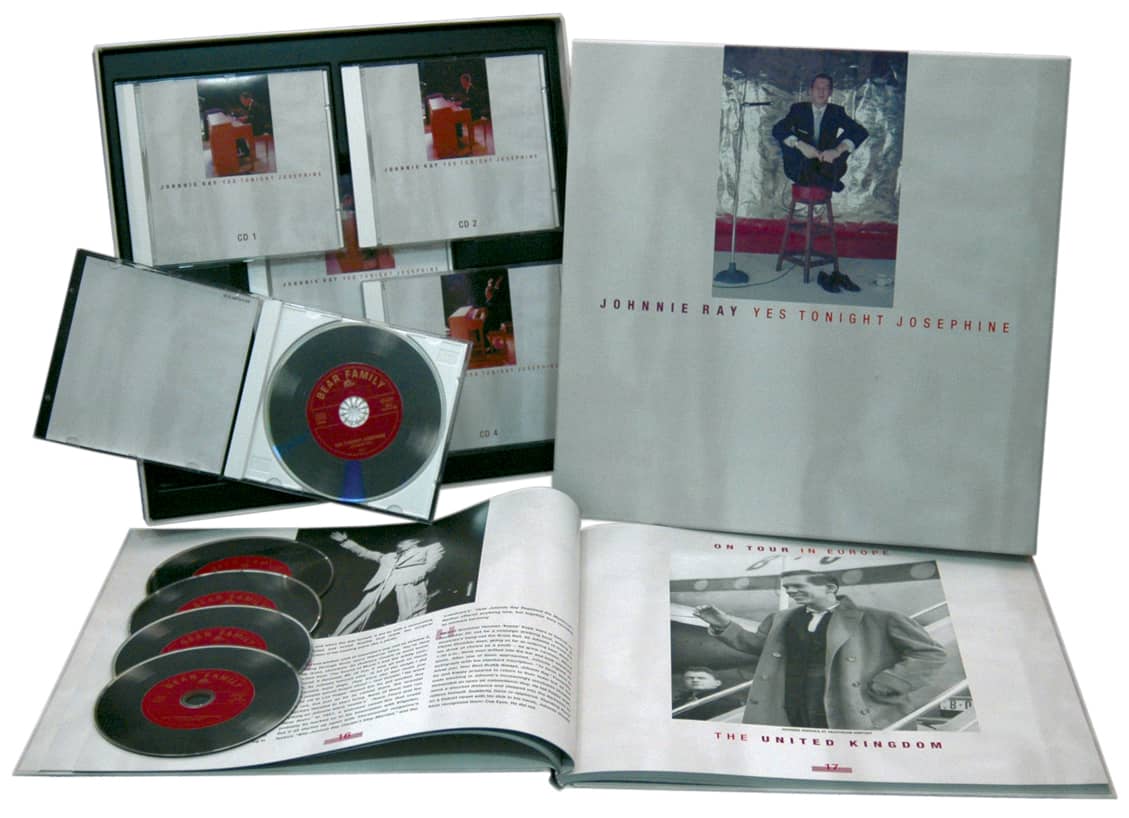 Singer-pianist Johnnie Ray exploded onto the American pop music scene in late 1951 with Cry, a ballad given such an emotional and unorthodox treatment that it stunned the listening public,  and held down both the #1 and (with Ray's self-penned Little White Cloud That Cried as the flip) #2 spots on 'Billboard's' pop chart--a unique achievement. The 24 year old Oregon born Ray matched his unusual vocal approach with a wildly physical performing style that, as label-mate Tony Bennett said, "smashed all the rules." Not surprisingly, Ray had been discovered at a black R&B Mecca, the Flame Showbar in Detroit, where he'd insinuated himself after almost three years of thankless toil in the "upholstered sewers" (as Johnnie himself described them) of Los Angeles and the nightclubs, roadhouses, after-hours clubs and burlesque theaters of the Pacific Northwest. 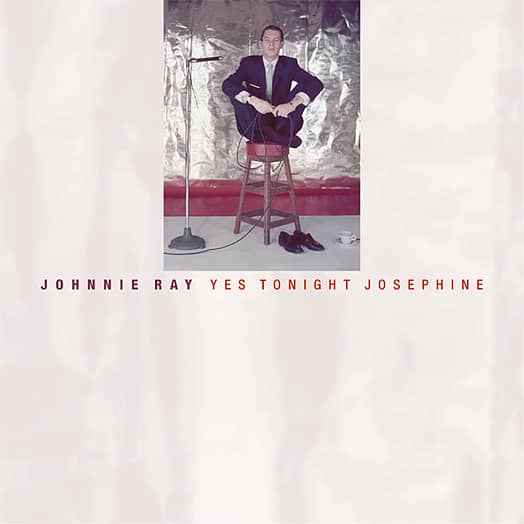 Back in the studio on March 17, 1957, Johnnie again plunged into the pop market with the whooping ebullience of Yes Tonight Josephine, the mind- bending overkill of Build Your Love (On A Strong Foundation) and gingerly strolled the dusty, Western-flavored Street of Memories. The next record date, May 26, 1957, produced two more slabs of pure 1950s pop: Miss Me Just a Little, the dizzying, god-awful Texas Tambourine, and Pink Sweater Angel, a weak attempt to rope in the sock hop crowd. But the last tune, Soliloquy Of A Fool, was an extraordinary, if not altogether unique, piece of work; eerie, dramatic, with weird percussion and a ghostly sounding organ. Johnnie's vocal is riveting, a performance of white-knuckled, teeth-grinding intensity.

He was riding so high, coming off his #2 hit, Just Walkin In the Rain, and the Top Ten follow-up You Don't Owe Me A Thing, that Johnnie decided he was going to get himself something really wonderful to celebrate his 31st birthday. He was going to buy back his hearing. Following rounds of consultation, he secretly entered a New York hospital and spent his birthday, January 10, 1958, undergoing surgery. The press was called in the following day. Propped up in bed, with a huge bandage wrapped around his head and a doting doe-eyed nurse melting beside him, Johnnie smiled for the photographers but did not answer any questions. He couldn't have--the operation was a flop. Doctors brainstormed, then suggested an immediate second go at it. Johnnie agreed. He went back for another attempt on January 12. 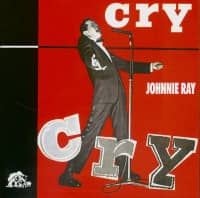 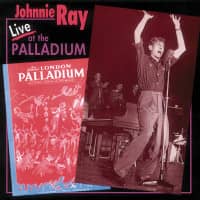