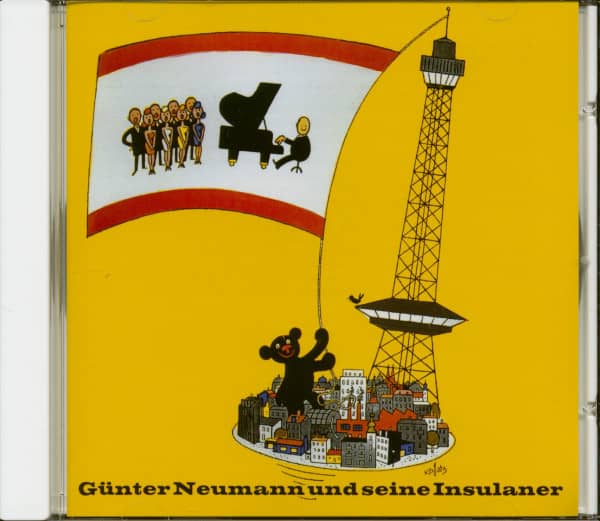 This article is deleted and can no longer be ordered!
Please inform me as soon as the product is available again.
P Secure bonuspoints now
Description
Learn more about Günter Neumann & seine Insulaner
Review 0
Description
1-CD with 8-page booklet, 10 single tracks, playing time approx. 44 minutes.  After the... more
Close menu

1-CD with 8-page booklet, 10 single tracks, playing time approx. 44 minutes.
After the great success of our 8-CD-Edition (BCD 16005) with 148 excerpts from the shows of the INSULANER from 1948 - 1964, here now the original 1958 Heliodor LP of the cabaret troupe re-released on CD, including three bonus tracks!
GÜNTER NEUMANN AND HIS ISLANDERS
The dirtier Berlin became - the sharper, more glib, more lively the'islanders' became. Günter Neumann, the inventor, father and spiritual breadwinner of this acoustic cabaret family, had published a satirical magazine shortly after the war in Berlin:'Der Insulaner'. When the currency reform came, money became scarce and completely uncollectible in the blockade Berlin paper, he retrained the figures, which had previously existed in printing ink, from legibility to audibility.
He walked over the air with them. He created a small, smart, aggressive, good-humored, monthly, extraordinarily Berlin radio show at RIAS, in which various figures of Berlinic appeared, and in which he made the most bitter politics with a wink, criticism of time, with the superiority of the satirist and the laughing sovereignty of the real humorist.
The German world had never heard anything like this before. What Neumann, as a composer as creative as he was at the typewriter, was new. He stands up to a handful of fixed, recurring figures: the gossips in the middle of the Kurfürstendamm, the telephoning Mr. Kummer, the Pankow trainer and'Funkzenär'.
There was a place in each of these radio broadcasts for the cheeky or admonishing political chanson. There was the current, musically and lyrically inventive Quod-libet, in which he hotly underlined current events with musical quotations that a double fun arose from it. As a tag at the beginning: the island song, in which the world-political Robinsons hope that their'island' will become a beautiful mainland again; and as a conclusion and brisk bouncer the latest verses to the optimistic and self-confident refrain: Seh'n Se, das ist Berlin!
The whole thing is indeed the best Berlin. 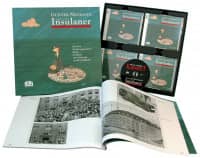