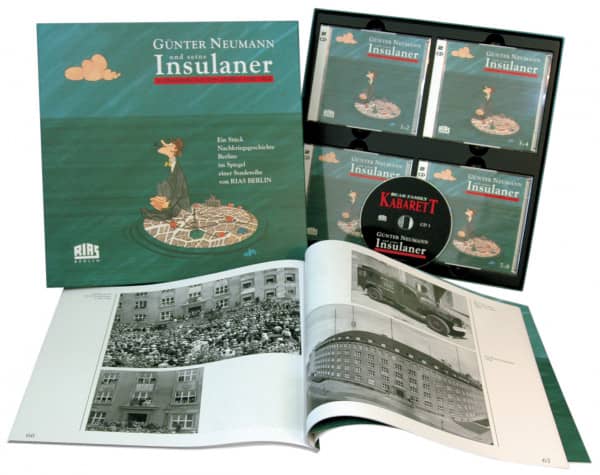 8-CD box (LP size) with 84-page book, 148 single titles. Playing time approx. 512 minutes.
In the middle of the Berlin blockade, Günter Neumann wrote a cabaret programme for RIAS under the title'Der Club der Insulaner'. No one thought of a sequel or even a series, but it was a lasting success. Every month millions of enthusiastic radio listeners in East and West sat on the radio and waited anxiously for what Günter Neumann would make fun of today. What you've heard has always been hot news.
With'Günter Neumann und seine Insulaner' (Günter Neumann and his Islanders), RIAS had for many years the most striking, cheerful and time-critically best cabaret series in its programme ever written for a broadcaster. Our 8-CD-Edition contains a selection of 148 excerpts from the programme'Der Insulaner' from 1948 to 1964. 84 pages of large format book with rare photos and interesting articles provide detailed information about the'Inselaner- Jahre'. 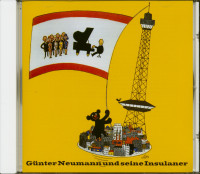